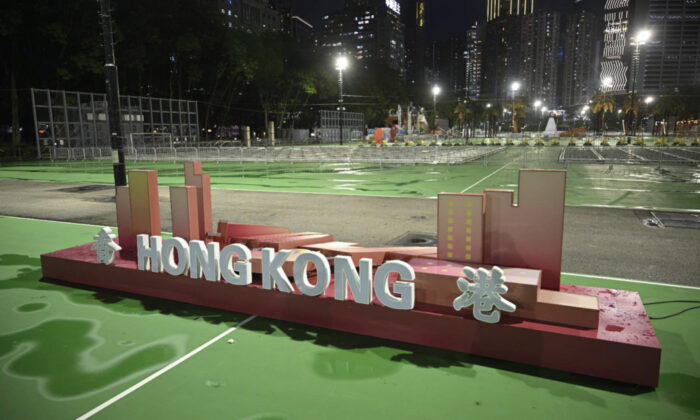 After 25 Years of ‘One Country, Two Systems,’ Can Hongkongers Still Believe in a Better Tomorrow?

On July 1, 2022, the day of the 25 anniversary of Hong Kong’s handover, Hong Kong was welcomed by typhoon “Chaba;” as it swept through areas of Hong Kong.

Despite the government’s official July 1 celebration, the Hong Kong public shrugged it off with a shiver. The two scenarios presented a unique reality to the world.

Since Hong Kong was returned to Beijing in 1997, the Chinese Communist Party’s (CCP)’s policy towards Hong Kong has undergone major changes.

After the 2019 Anti-extradition Movement, the implementation of the National Security Law (NSL), and the “perfected” electoral system, the CCP attempted a “second handover” in Hong Kong. Many questioned whether “one country, two systems” has disappeared in this cross-era “experiment.” Is there still a future for Hongkongers in the next 25 years, as they witness the second half of the “two systems?”

As the clock struck midnight on July 1, 1997, Hongkongers watched the live broadcast of the handover ceremony, wishfully thinking that they would witness a smooth transition in Hong Kong. However, just a few months later, a global economic crisis swept through Asia and Hong Kong; the Hang Seng Index plummeted by 13 percent on Oct 28, 2017. It continued to plunge until August 1998 dropping to around 6,500 points. Property prices tumbled alongside the stock market during the year, to about 30-50 percent of their previous level.

Investors and homeowners alike lost their lifelong savings overnight and ended up with negative equity.

The Hong Kong government had to use its foreign exchange reserves to intervene in the market to repel speculators and successfully kept the exchange rate link to the US dollar. Former Chief Executive Tung Chee-hwa mentioned in a 2017 public speech that he had suggested to Beijing at that time, to send officials to aid Hong Kong, but the late, former CCP official, Qian Qichen rejected the proposal as it did not align with the principles of “one country, two systems.”

Although “one country, two systems” seemed to keep its shape during the financial catastrophe, the ruling over the right of abode in Hong Kong for children who were born to unmarried Hongkongers on the mainland, sparked disputes and almost triggered a constitutional crisis. That was when “two systems” finally faced its first challenge.

In January 1999, the Court of Final Appeal ruled that children born to Hongkongers on the mainland could have the rights of abode in Hong Kong, even if their parents had not yet become permanent residents of Hong Kong at the time of birth. The judgment triggered the CCP’s rubber stamp legislature to overturn the judgment of the Court. This stirred dissatisfaction in the judicial circle of Hong Kong as the peers believed that it would seriously impact the authority of the Court of Final Appeal.

In July 2002, the then Chief Executive Tung Chee-hwa implemented the Senior Officials Accountability System in Hong Kong. However, the legislation of Article 23 of the Basic Law, and disputes such as vehicle sales tax, led to the resignations of former Secretary for Security, Regina Ip Lau Suk-yi, and former Financial Secretary, Antony Leung Kam-chung.

Former Secretary for Health, Welfare, and Food, Dr. Yeoh Eng-kiong, who was criticized for claiming that there was never a SARS outbreak in Hong Kong, resigned about a year later under the pressure from public opinion.

The public began to question the efficacy of the whole accountability system.

On July 1, 2003, about half a million Hongkongers rallied and demanded Tung Chee-hwa step down.

After that, the CCP established The Central Leading Group on Hong Kong and Macau Affairs. That was viewed as the opening of Beijing’s intervention in Hong Kong’s autonomy.

Despite the noises of “Returning governance to Hongkongers” growing louder, in 2004, Beijing denied Hong Kong’s “0708 universal suffrage” (that is universal suffrage for selecting the Chief Executive and the Legislative Council members of 2007 and 2008 elections). Instead, the CCP approved a delay in implementing universal suffrage to 2017 and 2020.

As “One Man, One Vote” was pushed back, the Liaison Office became more proactive, with evidence of their muddling in Hong Kong’s self-governance.

Press and Education Interference by CCP

Since the 2008 Legislative Council Election, candidates supported by the Liaison Office won more and more votes each time. Sino United Publishing (Holdings) Limited, owner of the three main publishers in Hong Kong: Joint Publishing HK, Chung Hwa Book Company, and Commercial Press, which together had monopolized the entire book distribution market in the city, became wholly-owned by the Liaison Office, through a company registered in Guangdong Province.

Beijing was criticized for putting its hands implicitly on Hong Kong’s freedom of publishing, and the freedom of the press.

Contradictions Between HK and China Flared Up

Although the Basic Law stipulates that Hong Kong will remain unchanged for 50 years, the frequent traffic between Hong Kong and China, frictions, and disputes arose due to cultural differences.

That included, but was not limited to the non-permanent resident children issue, and illegal parallel-goods sellers. Statistics from the Census and Statistics Department (CSD) show that between 2003 and 2013, among the babies born to mainland Chinese women in Hong Kong, more than 210,000 were from spouses who were undeclared or non-Hong Kong permanent residents.

CCP’s shutting down Hong Kong’s own decisions on city policies, further intensified Hongkongers’ hesitation about the CCP’s willingness to fulfill its commitments under the Basic Law.

In mid-2014, the CCP put forward the concept of “full governance,” and rejected proposals such as “civic nomination,” for the candidates for chief executive. The CCP’s rubber stamp legislature passed and reinforced the “8.31 Decision.” Pro-democracy groups questioned whether it was equivalent to assigned candidacy, which triggered the Occupy Central Movement on Sept 28, 2014. Riot police fired tear gas to disperse protesters, while protesters resisted the police brutality with umbrellas, a prelude to what later was called the “Umbrella Movement.” The Umbrella Revolution lasted 79 days in total and profoundly impacted Hong Kong’s political development.

On the first day of the Lunar New Year in 2016, when the Food and Environmental Hygiene Department (FEHD) expelled unlicensed cooked-food hawkers in Mongkok, there was a conflict between the public and the police, which escalated to a situation of police officers drawing their guns and protesters setting fire to debris. Among them, Edward Leung Tin-kei, a former spokesperson for the Hong Kong Indigenous, was sentenced to a 6-year prison term for rioting and other crimes during the said incident in 2018.

Hongkongers realized with Carrie Lam Cheng Yuet-ngor becoming the Hong Kong Chief Executive in 2017, it was the beginning of the era of authoritarianism.

The Beginning of the End

Fast forward to June 2020, the National Security Law (NSL) for Hong Kong was passed by the CCP’s rubber stamp legislature and took effect immediately, which made demonstrations disappear on the streets like quicksand. The authorities cracked down on democratic or human rights organizations and individuals by accusing them of inciting social hostility. Trade unions and organizations were disbanded one after another.

By 2022, only patriots are allowed to become members of the Legislative Council, and the chief executive is selected by a group of pro-Beijing loyalists, while everything and everyone that is pan-democratic is trodden into the ground.

Every June 4 and June 12, Hong Kong is turned into a police state, where thousands of policemen patrol and terrorize everyday people on the streets of Hong Kong.

As Hong Kong stepped into a new political era, civil society also suffered. Everything becomes one-noted: CCP-loyalty is a must.

Whether Hong Kong’s journey into the next 25 years will be smooth and whether 2047 will be an end game for Hong Kong, is hard to predict from the moves of typhoon Chaba or Xi’s speech.

Under the current framework of “self-governance and a high degree of autonomy,” it is best to leave it to the readers to make their judgments.