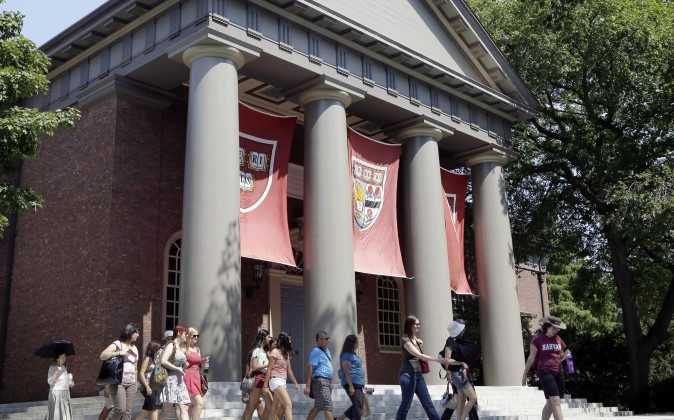 The downturn is troubling news for some universities, which use their endowments to pay for student scholarships and other costs, adding to the list of financial constraints that many schools face amid declining enrollments and long-term drops in state funding. At almost 300 colleges in the study, endowments shrank last year.

The report, released Wednesday, is based on an annual survey of more than 800 colleges by the nonprofit Commonfund Institute and the National Association of College and University Business Officers. It covers the 12 months ending in June 30, 2015.

That period was the worst year for endowments since they averaged a loss of 0.3 percent in 2012. They rebounded with following gains of 12 and 15 percent.

Swings in certain markets were responsible for some of the heaviest losses. Investments in energy and natural resources, for example, led to average losses of 13 percent, a year after they averaged gains of 15 percent. But even the strongest types of investments last year fell compared to their performance a year earlier.

“This was a year in which we saw reversals,” said William Jarvis, executive director of the Commonfund Institute, adding that all categories of investments fell in performance.

This was a year in which we saw reversals.
— William Jarvis, executive director, Commonfund Institute

Jarvis blamed the downturn on factors including an economic slowdown in China and a slump in the price of oil.

Colleges with endowments of more than $1 billion fared the best, averaging returns of 4.3 percent, while those below $25 million averaged 2.3 percent. That’s partly because big endowments have the resources to invest over a wider array of so-called “alternative strategies,” Jarvis said, including real estate and hedge funds.

The list of colleges with endowments topping $1 billion grew to 95 last year, three more than the year before. Harvard University stayed atop the list, growing 1.6 percent, to more than $36 billion. Yale University followed with more than $25 billion and a gain of 7 percent, surpassing the University of Texas system and its $24 billion.

Harvard’s growth, though, was far below its 11-percent gain the previous year, and was the lowest among Ivy League schools. University officials declined to comment on the endowment.

Over the past 10 years, endowments have grown an average of 6.3 percent, below the average of 7.5 percent that most colleges say they need to maintain their purchasing power after spending, inflation and other costs.

As a result, endowments could ultimately offer a smaller buffer against other financial challenges, said John Walda, president of the association behind the study. Falling short of the 7.5 percent long-term average, he added, “may very well make it much harder for schools to increase endowment spending dollars in the future.”

Still, most universities reported that they increased spending of their endowments last year, using that money to cover an average of 10 percent of their operating budgets.

Under the study’s reporting period, the University of Texas system, the largest public endowment, reported losses of 5 percent. But the university uses a different calendar and actually tallied gains of about 5 percent, said Bruce Zimmerman, CEO and chief investment officer of UTIMCO, the corporation that invests for the system. Still, that’s lower than its long-term trend.

“The first half of calendar year 2015 was pretty flat,” Zimmerman said. “Over long periods of time, we’ve generally earned 7, 8, 9 percent.”

But the corporation, which also manages a portion of the Texas A&M University system endowment, isn’t planning to change its strategy in response.

“Past performance,” Zimmerman said, “has no indicative value on future performance.”