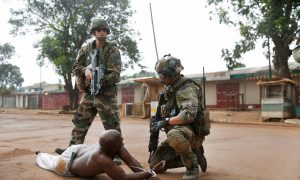 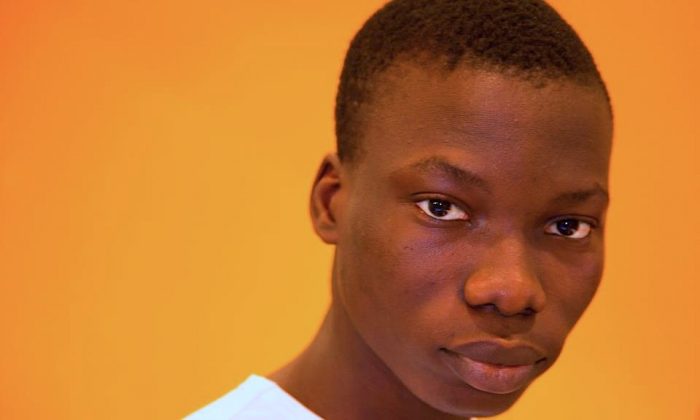 Djosse Tessy, 22, Blogger
from Benin, based in Alexandria, Egypt

The French intervention is far from a panacea for the return of peace in Central Africa. But it is a must for achieving peace and it helps to protect the population from the machete-armed members of Seleka.

However, I think we Africans always remain sensitive to the aid of France to [African] countries in difficulty. In any case, military intervention should not replace the dialogue, which in this context is the way out of the crisis in this country that switches between political violence and religious violence.

The presence of the technically developed French troops in CAR gives me some confidence to come out of hiding, even if it is still impossible for them to resume normal activity. Second, the purpose of these troops is to secure strategic points of the country and disarm the militias. We have seen how the same intervention in Mali allowed imposing peace in this country, even if there has been an increase in violence after the elections.

The Central African Republic is on the edge of chaos and the intervention of France is required. Thousands of innocent people are slaughtered every day and it was a reaction by the international community to protect the population.

The presence of French troops was a sigh of relief for the people. The French do what FOMAC forces could not do in 8 months—disarm the warlords of Seleka.

Kpenahi Traore, 29, Student
From Burkina Faso, based in Lille, France

No, the intervention of France in CAR will not bring peace. The real question is not whether it’s good or not that France intervened. The question is why foreign forces should intervene every time there is a problem in an African country. Why African states cannot get by without the help of the West.

This intervention can have a good side to the Central African people by completely ending the abuses and killings of the militia. People can move easily and live in safety and will not be forced to flee their homes to seek refuge in the forest. But what I regret, too, is the fact that France is the only one to appear in CAR. Where is the UN?

I do not live in RCA and even if that were the case, I would feel safe. We should not generalize the case throughout Central Africa. Several countries are still there to fight against disease, hunger, unsanitary conditions, and poverty. These are the real evils of our states.

Odilon Doundembi, 27, Blogger
From the Central African Republic, based in Dakar, Senegal

I do not think the French intervention, with a workforce of 1,600 soldiers, could bring peace within six months given the CAR territory is 623,000 sq km [240,541 square miles] with armed people scattered throughout the country.

These armed groups are less tactical, but very determined. The objective of French troops is to disarm the militias and all armed groups, but the most important thing is the restoration of social cohesion, the restructuring of the army and the return to constitutional order.

As a Central African, I find myself stuck at the end of my university studies in Dakar, because of the growing insecurity in my country, CAR. My parents stayed there. After the takeover of the self-proclaimed president Michel Djotodja and the heterogeneous coalition of rebel Seleka, my family faces scenes of wild looting and witch-hunts.

The presence of French troops does not fully protect the population of the capital Bangui and even less those areas where violence between Christian militias “anti-Balaka” and Muslims in Seleka continue to scare people. These armed groups have mastered the terrain better than anyone, so they can easily move from one area to another continuing to kill and terrorize … people. Given the gravity of the situation and inefficiency or inability of the troops of the African Union (MISCA), I can only congratulate France for this mission.

Personally I have great doubt about this intervention, though it’s too early to say whether it will bring peace in the country or not.

Recently, French troops intervened in many African countries such as Libya, Ivory Coast, and Mali. In Libya, the intervention brought no peace, and Libyan people are still killing themselves today as they were doing it before the French intervention in March 2011.

Contrary to the Libyan case, the French intervention in the Ivory Coast and Mali brought something that, even if we can’t call it peace, seems better than the situation before French troops arrived. In the Ivory Coast, the French intervention helped the elected president, Alassane Ouattara, to take the presidency according to the international community.

In Mali, in 2013, French troops expelled the Islamic fundamentalists that were sowing death and tears everywhere in Northern Mali, and helped the country to elect its actual president, Ibrahim Boubacar Keita.

The case of CAR seems to be more difficult because the country has been thrown into great confusion since Michel Djotodia and the Seleka rebels chased the president Francois Bozizé in March 2013. Today, the country is not very far from a civil war between ethnic groups and communities.

French troops do not have identified enemies in CAR, such as the Islamic fundamentalists in Mali. In January 2013, when French troops were coming to Mali, all the Malian people were behind them, asking them to expel very quickly the terrorists from their country. In CAR, it’s not the same situation. Citizens are killing themselves. Who will be protected by French troops against whom? That it’s the question.

French government members are talking about a six-months’ stay of French troops in CAR. It’s not certain. This French intervention has a noble goal of restoring security and peace in CAR, but the situation shows that it’s not a good intervention. Besides, the majority of French and African people disapprove of the intervention, which was not the case in Mali in January 2013.

I live in Mali, in West Africa, very far from CAR in Central Africa, but as an African, I do not feel secure with the presence of French troops in CAR. First, we notice that French troops’ presence in African countries sometimes creates deep divisions between the citizens, and the consequences of their presence are more harmful than the situation they came to resolve.

The recent case is their presence in northern Mali, especially Kidal, where some Malian people are thinking that they are defending rebels against Malian state. Then the French troops’ presence in CAR reminds us Africans how our countries are weak and exposed, unable to resolve their problems with their own institutional, political and military forces.

What is happening today in CAR is a nightmare which was to be expected. CAR has become a bedlam. We know that France did not want to intervene immediately and it had a reserved attitude, saying it no longer interferes in the internal affairs of African countries, while at the same time its soldiers had routed the terrorist jihadists in northern Mali—a position that earned France anger and criticism.

So, suppose that France does not intervene and it allows the chaos to continue and it leaves Central Africans to commit irreparable killing of each other. The result is easy to guess: CAR will be invisible on the map. And this is where the voice of those who cry colonialism ceases to be audible. This is where the arguments that a country should not intervene militarily in another country to do humanitarian work are shelved.

At the moment, it is a question of saving the collapse of a country. This is the only way to go for certain stability. But we can not neglect the fact that the media, especially Western media, are … highlighting the ethnic or religious conflict, while CAR refutes it, saying it is not an inter-religious conflict.

Of course, this procedure is good for the Central African people. It is also beneficial to the extent that the CAR does not trust the soldiers from neighboring countries and accuses them of conspiracy. It is a great humiliation and shock for all Africans that those deployed by neighboring forces are unable to restore order.

Stability will only return if the Seleka are disarmed. I do not live in CAR, but my friends are bloggers who live in anxiety for their families and loved ones.

The presence of troops in the country has something reassuring, because it will protect people from pirates of all kinds. You know, the CAR are struggling to explain what happens to them, they could not believe their eyes, and feel they have woken up in a nightmare. French troops in the CAR: it sends the message to the people that they are not abandoned.

The international media and international organizations have revealed abuses throughout the year. This uncertainty is even prevalent in the neighboring country of Cameroon. French troops have already begun to “pacify” the city of Bangui, which became the hideout of armed groups of all kinds. But what applies to the capital, does not necessarily apply to the whole country.

In the provinces and in the medium term, it should be a little more circumspect. The presence of the French may instead exacerbate communal tensions. Although it is not said openly, the military sent by François Hollande will undermine the authority recently conquered by the Muslim rebels Seleka. Remembering abuses in recent months, reprisals against Muslims may spread and cause a dull but particularly deadly violence.

The presence of additional 1,600 French soldiers in Central Africa is not reassuring. It is a military force capable of working to destabilize neighboring countries if the interests of France are threatened. From this point of view, the French intervention in CAR is a risk—a more dangerous threat that veils humanitarian rags, like under colonization. One of the countries that will be most affected will be Cameroon of course. Kidnappings, massacres, highwaymen, and grand banditry … many people will now come to the eastern region, bordering the CAR.

To talk about bringing peace, no. But it is the only solution to secure the population and let the Seleka group know that the whole world sees them, and that they are able to reply legally by sending the French troops and if nothing changes, they can do more to save lives and bring stability to CAR. The intervention is good according to the fact that it is the only fast solution we have to save lives. Other decisions will come surely.

I feel secure, because before coming and killing people like they used to do, the Seleka group will plan and think more. The only fear is that I want to just know if this intervention is done without a counterpart.

I am shocked that Africa is not able, over 50 years after independence, to ensure the safety of its citizens. But being committed to respect for human rights, I support the action of France simply because the CAR was on the brink of chaos that would cause the death of thousands of innocents.

With this intervention, I am convinced that the Central African people will be saved from the carnage.

I hope that the French troops will do their job in the CAR, so their presence justifies people’s trust.