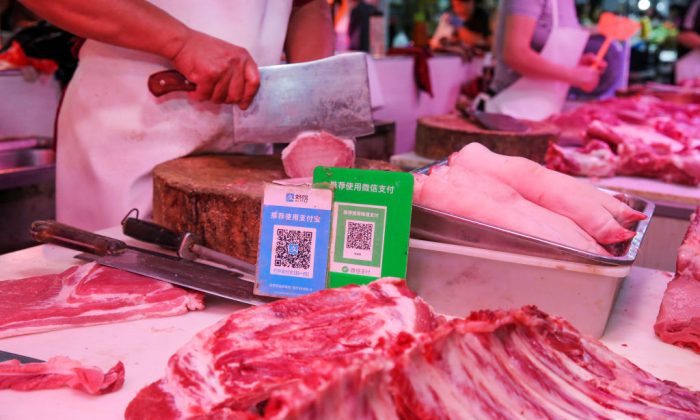 African swine fever has spread to all 31 provinces, autonomous regions and municipalities of China, with new cases of the disease found in Hainan Province, China’s Ministry of Agriculture reported on April 19.

By April 21, swine fever has been detected in ten farms across six locations in Hainan, and a total of 223 pigs have died from the epidemic.

The first swine fever case was detected in Liaoning Province in northeast China on Aug. 3, 2018. Since then, whenever new cases of the disease broke out, local officials would report that the epidemic has been effectively dealt with.

However, the disease has continued to spread throughout the country in just over 8 months and it appears the authorities have no control over the situation.

China is the first Asian country to have detected African swine fever. The epidemic has already spread to other parts of Asia, including Vietnam.

Lai Shiow-suey, a Taiwanese veterinary expert, told Radio Free Asia in an interview on Dec. 27 that African swine fever virus is “a pig’s HIV” and it is very difficult to wipe out. Europe was plagued by the virus in 1957, with the first case found in Portugal. It spread to France and Belgium in the 1980’s. In Portugal, it was eliminated 42 years later; in Spain, it was eliminated 34 years later. The virus is still present in 17 European countries as of today.

Currently, there are no effective vaccines or treatments for African swine fever. The virus can survive in frozen pork for 1,000 days. The epidemic is highly contagious and has a high mortality rate close to 100 percent.

Lai believes the swine fever may plague China for dozens of years or about 100 years.

The U.S. Department of Agriculture (USDA) released data on April 17 which shows that the swine fever epidemic may cause China’s pig production to drop from 710 million last year to about 200 million this year.

On the same day, China’s Ministry of Agriculture and Rural Affairs announced that the price of pork may increase by more than 70 percent in the second half of the year, setting a record high in China.

The average pork wholesale price in the country in March was 19 yuan ($2.82) per kilogram, up 6.3 percent from the previous month, and 7.6 percent higher than the same period last year.

Feng Yonghui, a chief analyst in the pork industry, told the Beijing Business Daily that if African swine fever continues to spread, the increase in pork prices in the future may exceed market expectations.