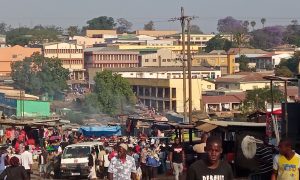 For Some Malawi Business Owners, Closer China Ties Has Meant Losing the Shop
0 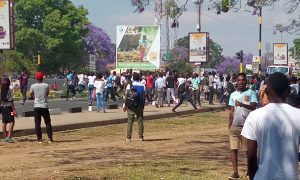 In One of the World's Poorest Nations, Malawi Students Hope for a Better Future Through Education
0 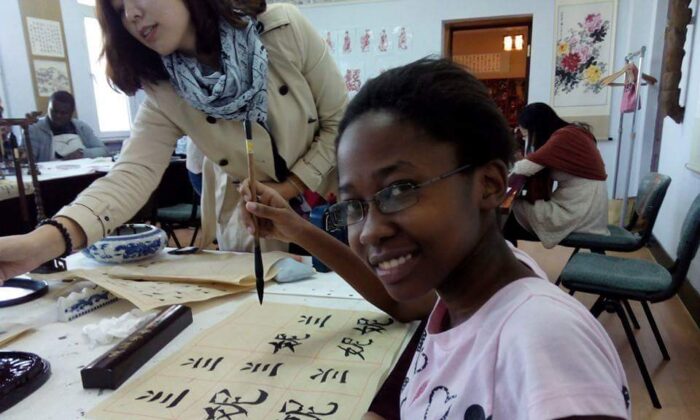 BLANTYRE, Malawi—When your first language isn’t Chinese, you can perhaps expect to have trouble with studying medicine or engineering in China. But some African students who received scholarships to attend Chinese universities discovered that there was something even more troubling in store for them.

Since Malawi established diplomatic relations with China in 2007, various attempts have been made by both sides to strengthen ties. Offering scholarships to Malawian students to study in China has been one such endeavor.

But some scholarship students’ experiences have turned out to be different than expected, leaving some of them with no option but to cut short their studies and return home.

Zipporah Bvalani, 24, was accepted to study chemical engineering at the Taiyuan University of Technology; she was one of hundreds of students who received a scholarship via the Chinese state bursary program.

“I was so excited to have been given the opportunity, as the program had not been introduced in Malawian universities yet,” Bvalani told The Epoch Times.

However, she was initially greeted in China with the need to attend quasi-military training as part of “orientation” before starting her studies.

“The military thing changed my whole perspective of what studying at the university is all about. They would make us sing war songs, and salute the Chinese flag while the national anthem was being played. I didn’t really like it because I thought they were trying to take away my identity, like trying to make me one of their own,” Bvalani said.

“They told us that if we didn’t do the military training, then we wouldn’t be able to graduate. No one really liked it. And some of our schoolmates were coming from war-torn countries. It was awkward.”

Bvalani needed to learn Chinese during her first year in China, to prepare her for her degree path.

While she passed the language proficiency exams, she had only a basic grasp of the language and struggled to understand the lessons for her degree—which were conducted solely in Chinese. Bvalani was the first and only foreign student in her university department. She asked her lecturers and government officials for help, but none was forthcoming.

“I told the embassy about what was happening in my school and emailed the scholarship council, but I never got any meaningful response. I called the embassy during the first training, but they said we came to China on our own accord,” Bvalani said.

Similar stories were disclosed in an investigation by amaBhungane, a not-for-profit investigative news organization that documented students’ experiences. At least seven students described having a similar experience.

One student said she wrote to the China Scholarship Council and asked to be transferred to an English language university, but was just told to surrender the scholarship.

According to the students, the lecturers gave preference to Chinese students over the international students, making learning even more challenging. Struggles were often disguised by inflated grades or lowered pass marks.

One master’s student also described having to adhere to “political correctness” during his studies.

“There was no academic freedom in the classes—you couldn’t speak or write about many things. You had to go for neutral subjects because you didn’t want to offend anyone,” he told amaBhungane.

Bvalani withdrew from the university in her second year and returned to Malawi, where she enrolled at a local university. She had to find funds to pay for her own airfare home, which was not covered by the bursary unless she completed her studies.

“Other students would want to come back [to Malawi], but they don’t have funds [to enroll in university],” said Bvalani. “They are too poor to pay for their education here in Malawi, even though the education they are getting in China is not what they expected.”

Many of the students chosen for the scholarships, however, are allegedly relatives of Malawian politicians and elites, according to students and three Malawian journalists who visited the campuses in China, who spoke to amaBhungane.

Some other students also returned home for a fresh start, including medical students, who face additional challenges in Malawi even if they do graduate.

Before they can work as doctors, the medical students must complete a one-year internship when they return to Malawi, as their training isn’t trusted, one student told amaBhungane.

Wezzie Kamanga, who graduated after six years in China with a degree in medicine from Southeast University in Nangjing City, reported facing “enormous difficulties,” not only with the language and having to write using Chinese characters.

She told amaBhungane that when she visited Malawi at the end of her third year and attached herself to a teaching hospital in Malawi, she was surprised by how little medical knowledge and clinical experience she had, compared to her Malawian counterparts. At her Chinese university, only final-year students were allowed into hospitals.

Steve Sharra, a senior knowledge translation scientist at the African Institute for Development Policy, said there’s a need to understand China’s reasons for sending these students to universities where the language of instruction is in Chinese rather than English.

“The manner in which the scholarships are being disbursed to Malawian students is regrettable,” Sharra said in an email.

“It is disturbing to learn of what is happening to the students, being made to sit in lectures where they are not understanding anything. What’s worse, the Chinese lecturers manipulate the students’ grades to make it appear as if the students are able to cope with the language and the course content.

“That is academic fraud and would be punished elsewhere.”

Sharra noted that the one year of Chinese language instruction that the Malawian students are given could be improved to enable the students to better grasp the course content.

The program could be extended, or other language-learning methods could be employed to boost the students’ proficiency in Chinese, he said.