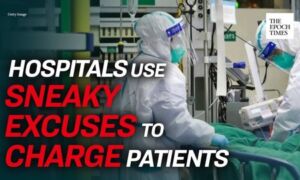 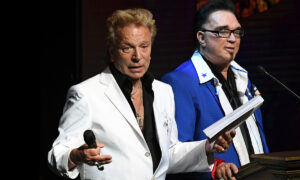 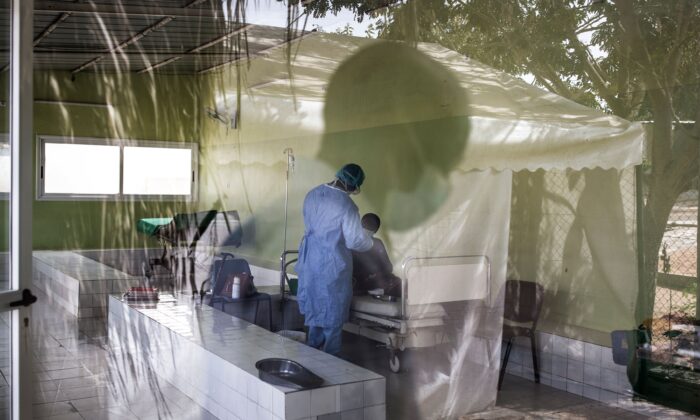 A Health worker tends to a patient inside a COVID-19 coronavirus ward that houses suspected cases in Pikine Hospital in Dakar on April 23, 2020. (John Wessels/AFP via Getty Images)
Africa

African Nations Seek Their Own Solutions in Virus Crisis

DAKAR, Senegal—A loud hiss and grunt come from a green bag pressing air through a tube, as Senegalese researchers work to develop a prototype ventilator that could cost $160 each instead of tens of thousands of dollars.

The team is using 3-D printed parts as it works to find a homegrown solution to a medical shortfall that has struck even the richest countries: how to have enough breathing machines to handle an avalanche of COVID-19 patients who need the devices to help increase their blood oxygen levels.

Complicating the task in Africa is the fact that the peak in cases of CCP (Chinese Communist Party) virus, commonly known as the novel coronavirus and which causes the disease COVID-19, is expected to come later for the continent than in Europe and the United States, well after dozens of other countries have bought out available supplies.

“Africans must find their own solutions to their problems. We must show our independence. It’s a big motivation for this,” said Ibrahima Gueye, a professor at the Polytechnic School of Thies in Senegal, on the 12-member team developing the prototype device.

Their efforts are being mirrored elsewhere across the continent, where medical supplies are usually imported.

Many hope that these efforts to develop ventilators, personal protective equipment, sanitizers, and quick-result antibody tests will lead to more independent solutions for future health crises.

Although the quality of some products won’t meet as high a standard as in the U.S. or Europe, Gueye said there is the excitement that level can be reached eventually, with enough time and investment.

In Ethiopia, biomedical engineer Bilisumma Anbesse is among those volunteers repairing and upgrading old ventilators. While the country has tried to procure more than 1,000 ventilators abroad, progress has been thwarted by the high demand.

“U.S. and Chinese companies that produce mechanical ventilators are saying they can’t accept new orders until July. The same is true with other medical items like PPE and gloves,” Annbesse said, referring to the personal protective gear worn to minimize exposure to health hazards.

Africans also are helping to develop tools for disease prevention and surveillance.

Institut Pasteur in Dakar is working on a rapid test for COVID-19 in partnership with the British biotech company Mologic, which developed a rapid Ebola test. They hope the CCP virus test, which can give results in 10 minutes, could be distributed across Africa as early as June. Once a prototype is validated, the test kits will be made in the UK and at a new facility in Senegal for infectious disease testing, DiaTropix, that was founded by Institut Pasteur.

Workers in Dakar are using laser cutters to make about 1,000 face shields per week for health care workers. They also are creating key chains with prevention messages such as “Stay Home.”

Alcohol-based hand sanitizers are being produced in Zimbabwe on university and technical college campuses that have been transformed into “COVID response factories.” Higher Education Minister Amon Murwira said the teams are also producing face masks, gowns, and aprons.

It’s not known whether these projects will be finished before the virus hits its peak in Africa, but observers say the longer-term impact of such ingenuity is substantial.

“Necessity is the mother of invention,” Dr. Ahmed Ogwell, deputy director of the Africa Centers for Disease Control and Prevention, told The Associated Press. “What we’re seeing in Africa is going to change the way medical supplies, in particular, are manufactured.”

He predicted there would be a “new public health order” after the pandemic, with changes in global supply chains. Countries already are taking steps toward not having to rely on help from abroad.

Developing countries are scrambling for equipment as deliveries are hindered. But even India, where some engineers are also trying to build low-cost ventilators, has access to more than 19,000 of them in addition to domestic manufacturers who are expected to deliver tens of thousands more.

African nations are understanding the importance of local production and ingenuity.

Ghana is using drone technology to transport COVID-19 tests and protective gear in collaboration with a U.S.-based company called Zipline that already was distributing vaccines and other medical products to remote parts of the country.

“This is a global pandemic: 210 countries and territories across the globe are affected,” Nigeria’s President Muhammadu Buhari tweeted recently. “We cannot expect others to come to our assistance. No one is coming to defeat this virus for us.”