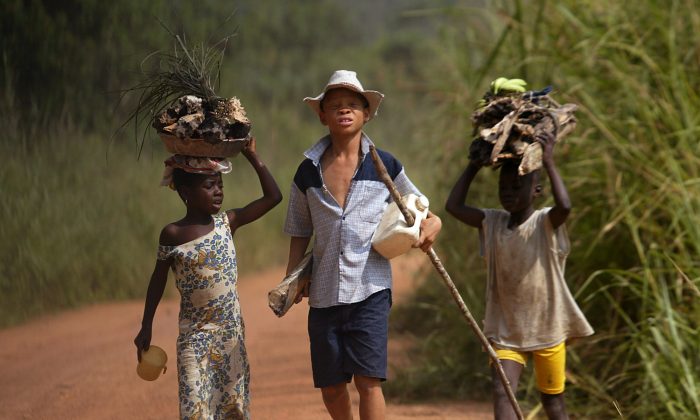 Children living in a cocoa producing village walk back from the fields on the outskirts of the town of Oume, Ivory Coast. Chinese direct investment in Africa has shrank considerably during China's economic slowdown. (AP/Photo Schalk van Zuydam)
Business & Economy

Africa Is Another Victim of China’s Capital Outflows

The world knows about China’s capital outflows. It also knows China sells U.S. government bonds to support its currency. What many people don’t know: Africa is another victim of Chinese capital flight.

Beijing’s direct investment in Africa fell more than 40 percent to about $1.2 billion in the first half of 2015, according to Chinese Commerce Ministry spokesman Shen Danyang. According to estimates by the Financial Times dataservice unit fDi Markets, it was worse: down 84 percent to only $568 million for the expansion of existing projects and also new projects set up from scratch (greenfield).

China has invested heavily in Africa to satisfy its own demand for raw materials. Raw materials it needed for an unprecedented building boom over the past 15 years.

“There’s the prospect that the slowdown in China is of an uncertain magnitude and that their demand for commodities, their interest in the emerging world, will not be the same as it has been in the past decade,” said Harvard professor Carmen Reinhart, author of “This Time Is Different.”

She said a lot of the financing and investment doesn’t even show up in official reports: “There’s this layer of lending that was increasing pretty dramatically when China was booming. We have relatively poor documentation of that.”

Because of the homemade Chinese economic problems and capital outflows, China is cutting back on financing and investing in emerging markets.

“Are the emerging markets also having a sudden stop that we haven’t quite gotten our hands around? Is Chinese lending not there in the way it has been for a number of years now, when China was growing so rapidly?”

The good news: Chinese trade is more important for Africa than investment. China’s trade with sub-Saharan Africa grew from $10 billion in 2002 to $170 billion in 2013, according to World Bank data, much more than the roughly $6 billion in Chinese foreign direct investment of 2014.

The bad news: China’s trade is slowing down as well, for the very same reason that the country is not demanding as many commodities as it did during its building boom.

The other good news—this time without a caveat—is that other countries continue to invest in Africa and are investing much more. France, for example, invested $18 billion in 2014, followed by Greece ($10 billion), and the United States ($8 billion).