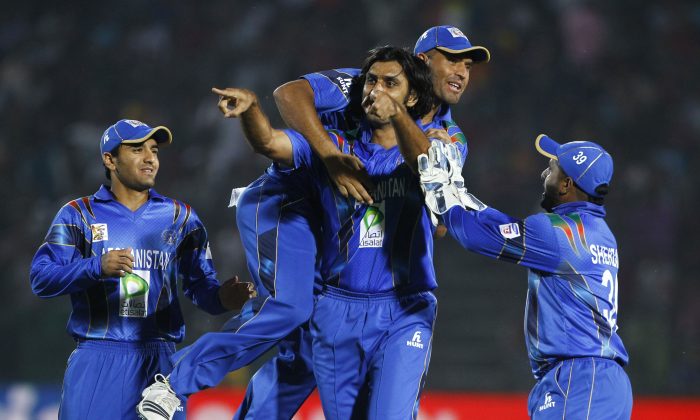 Sri Lanka vs Afghanistan will be the seventh match of the 2014 Asia cup, a tournament of ODIs.

The game will be live streamed on CSN in Sri Lanka and 1 TV in Afghanistan.

It will also be broadcast on Neo Prime and Star Cricket in most Asian countries including India, PTV Sports or Geo Super in Pakistan, Channel 9 or Star Life OK in Bangladesh, and OSN Sports Cricket in North Africa and the Middle East.

Before this match, Sri Lanka sat in second place in the five team tournament with 8 points after two wins and zero losses.

Afghanistan sat fourth with four points after one win and one loss.

Pakistan was in first with nine points (two wins, one loss); India was in third with four points (one win, two losses); and Bangladesh was in fifth (zero wins, two losses).

Previously in the tournament, Sri Lanka beat Pakistan by 12 runs and India by two wickets.

Afghanistan lost to Pakistan by 72 runs and beat Bangladesh by 32 runs.

After this match, Afghanistan will face India on March 5 while Sri Lank’s remaining game is versus Bangladesh on March 6.

The final match is scheduled for March 8, with teams yet to be determined. See the full schedule here.

See the squads below