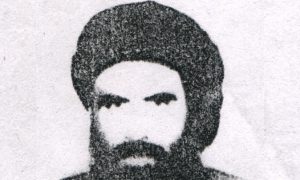 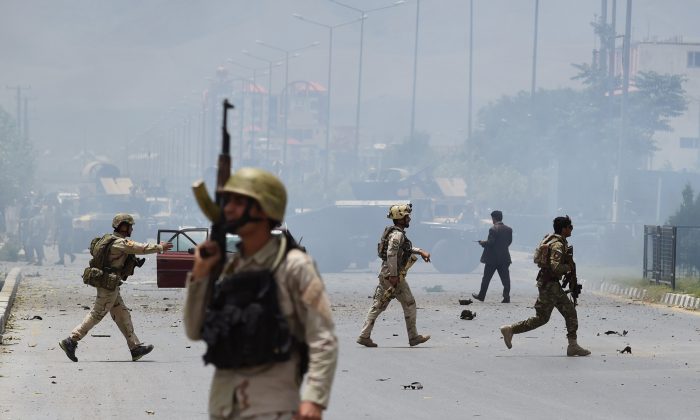 Afghan security personnel take position at the site of an attack in front of The Parliament Building in Kabul on June 22, 2015. (SHAH MARAI/AFP/Getty Images)
Middle East

KABUL, Afghanistan—The Afghan government addressed the growing leadership crisis in the Taliban for the first time Monday, saying it will not deal with the militant group separately from other “armed opposition” in the country.

The statement from President Ashraf Ghani’s office said it will not accept any “parallel political structure” opposed to the Afghan government, a clear reference to the Taliban, who still call themselves the “Islamic Emirate of Afghanistan.”

Fledgling peace talks between the Taliban and the government halted last week after Afghan authorities announced Mullah Mohammad Omar had died in April 2013. The Taliban confirmed Mullah Omar’s death and said Mullah Akhtar Mohammad Mansoor had been elected to replace him.

The Taliban have been trying to present a unified front in recent days with several statements. A Taliban statement Monday said condolences for Mullah Omar and congratulations for Mullah Mansoor had been flooding them from across Afghanistan.

“All these messages and support show the people’s unity and love toward their Islamic Emirate,” it said.

An internal Taliban split could jeopardize peace talks which began last month. Mullah Mansoor is widely seen as having pushed the Taliban into the negotiations at Pakistan’s bidding.

The Taliban have intensified their attacks on local security forces after NATO and U.S. troops ended their combat mission last year.