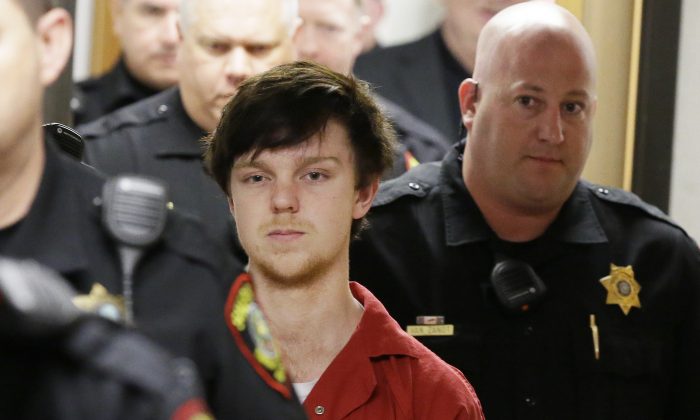 In this Feb. 19, 2016 photo, Ethan Couch is led by sheriff deputies after a juvenile court for a hearing in Fort Worth, (AP Photo/LM Otero, File)
Crime and Incidents

FORT WORTH, Texas—The Texas teenager who used an “affluenza” defense in a fatal drunken-driving wreck has been ordered to spend nearly two years in jail.

State District Judge Wayne Salvant said Wednesday that Ethan Couch must spend 180 days in jail for each of the four people he killed in 2013 when he rammed a pickup truck into a crowd of people helping a motorist. The sentences will be served consecutively.

Salvant earlier said he would not rule on Couch’s jail time immediately.

It was Couch’s first appearance in an adult court.

Couch was 16 and his blood-alcohol level was three times above the legal limit for adult drivers when the crash occurred.

Couch and his mother were caught in Mexico after fleeing a possible probation violation. He has been has been in custody in Texas since January.