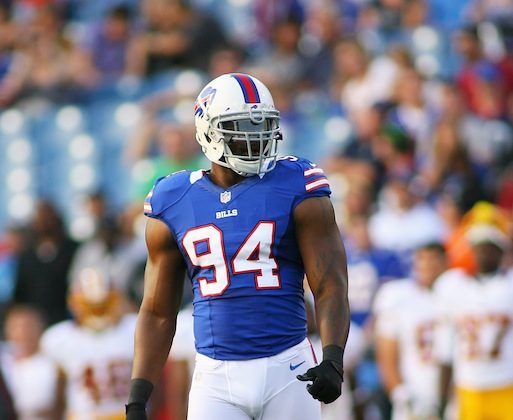 The AFC may be determined by another clash between Tom Brady (L) and Ray Lewis. (Jim Rogash/Getty Images)
NFL

Now that the NFC has kicked off the season, it’s time for the second part of our NFL preview: the AFC.

As with the first part, the odds are the opinion of this writer of course, as are the predicted records.

Jacksonville Jaguars; 2-14 projected record, 1:180 Super Bowl odds—In his first season last year, quarterback Blaine Gabbert completed just 50.8 percent of his throws and will need a lot of help to improve on that number this year. Mix in the fact that the team’s best offensive player, running back Maurice Jones-Drew, missed all of mini-camp and training camp and is probably not in football shape and you have the proud holder of the NFL’s top draft pick next spring.

Miami Dolphins; 4-12 projected record, 125:1 Super Bowl odds—The Dolphins traded away their top offensive player in wideout Brandon Marshall and now have a rookie starting quarterback that most pundits thought they selected way too high in last spring’s draft. Unless Reggie Bush doubles his output from last season it seems highly doubtful they have enough scoring to keep up with the league.

Tennessee Titans; 5-11 projected record, 110:1 Super Bowl odds—The Titans are attempting to make the switch from aging quarterback Matt Hasselbeck to second-year prospect Jake Locker. How it goes may depend on whether Chris Johnson, who had a career-worst 1,047 rushing yards and four touchdowns last season, rebounds.

Indianapolis Colts; 6-10 projected record, 85:1 Super Bowl odds—The new-look Colts looked thin at a number of positions last season, not even including quarterback where Peyton Manning’s absence was easily the most notable. After getting Andrew Luck with the first pick in last year’s draft they’ve only filled one of those voids.

Oakland Raiders; 7-9 projected record, 75:1 Super Bowl odds—The Raiders paid a high price (a first and a second round pick) to get Carson Palmer and become an average team with an aging quarterback. Fortunately they still have Darren McFadden who’s averaged more than five yards a carry each of the last two years with him in the backfield.

Kansas City Chiefs; 7-9 projected record, 65:1 Super Bowl odds—The Chiefs, just two years removed from winning the AFC West with a 10-6 record, look to be near rebuilding mode again. But if Eric Berry and Jamaal Charles rebound from major injuries they could compete in an uncertain division. We’re guessing they’re somewhere in between.

San Diego Chargers; 7-9 projected record, 55:1 Super Bowl odds—The Chargers have been in steady decline for the past two seasons and with Vincent Jackson now gone they don’t look like they’re going in the right direction. Last year’s over-dependence on the right arm of Philip Rivers resulted in a career-high 582 passing attempts and a career-worst 20 interceptions.

Buffalo Bills; 8-8 projected record, 40:1 Super Bowl odds—The Bills have been a punching bag for a while now (no playoffs since 1999) but are knocking on the door. They signed Mario Williams from Houston to improve their defense and have a great running back tandem in Fred Jackson and C.J. Spiller. They still look like they need to catch a break to make the playoffs though.

Cincinnati Bengals; 8-8 projected record, 35:1 Super Bowl odds—The Bengals were a shocker last season as rookie Andy Dalton surprised us all by leading his team to nine wins while compiling a quarterback rating of 80.4 and passing for 3,398 yards. Unfortunately for Cincinnati, even if they are improved, one-fourth of their schedule is filled by games against Pittsburgh and Baltimore.

Cleveland Browns; 8-8 projected record, 25:1 Super Bowl odds—For once the Browns look like an exciting team with Trent Richardson at running back and Brandon Weeden under center. Add to that franchise left tackle Joe Thomas and top corner Joe Haden and it would seem general manager Mike Holmgren is on to something, though they have the same annoying scheduling problem that the Bengals have.

New York Jets; 9-7 projected record, 22:1 Super Bowl odds—Easily the toughest team to predict. Will Mark Sanchez follow Eli Manning’s path from barely acceptable quarterback to All-Pro signal-caller or will Tim Tebow be taking over the reins at mid-season? Hard to say. Psychology-wise though, the Jets viewed last year’s 8-8 record as disappointing (especially after losing the last three contests) so maybe that will fuel a better year in 2012.

Houston Texans; 10-6 projected record, 20:1 Super Bowl odds—Mario Williams may be gone this year but he missed half of last year and the Texans, who were down to their third-string quarterback by the end of the season, still made the playoffs. They may not be great, but if they have Matt Schaub back they’re the best of the AFC South.

Denver Broncos; 11-5 projected record, 12:1 Super Bowl odds—There has been a lot of doubt over how good Peyton Manning, at age 36 and after missing a year with injury, can still be. It was just a year-and-a-half ago though that Manning finished the season with 4,700 yards passing and a league-high 450 completions in 679 attempts (also a league-high). In the opinion of this writer Peyton still has it, and will be the NFL’s Comeback Player of the Year.

Pittsburgh Steelers; 11-5 projected record, 5:1 Super Bowl odds—The Steelers were a Roethlisberger injury away from making another deep run into last year’s playoffs. Big Ben is back (and presumably healed) with two great young receivers to throw to in Antonio Brown and Mike Wallace. On defense they still have a number of great veterans and it’s hard to imagine Mike Tomlin not leading this team deep into the playoffs again.

New England Patriots; 12-4 projected record, 3:1 Super Bowl odds—No surprise in putting the Pats here. As long as Tom Brady and Bill Belichick are still around expectations will be high. Even with last year’s leaky defense, Belichick’s genius plan of hoarding as many dual-purpose tight ends to expose constant mismatches led them all the way to the Super Bowl. His tight ends are back and so are the expectations.

Baltimore Ravens; 13-3 projected record, 2:1 Super Bowl odds—For years Baltimore seemed like a great quarterback away from another Super Bowl win. It’s been 12 years since Ray Lewis and company won a Super Bowl but this looks like the year that 27-year-old quarterback Joe Flacco makes the leap into the category of elite signal-callers.