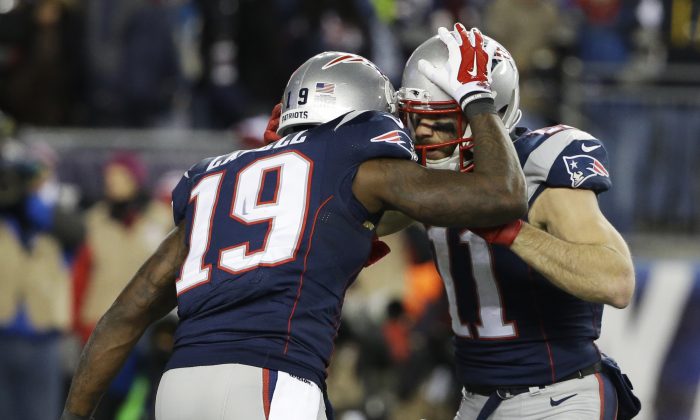 The 2015 AFC Championship game will be at Gillette Stadium in Massachusetts on Sunday, January 18.

The stadium has hosted the game two other times in recent years–in 2012 and 2013. The New England Patriots played the Baltimore Ravens in both those games, winning once.

This time around, the Patriots will host the Indianapolis Colts, who beat the Denver Broncos.

The Ravens nearly made it past the Patriots, but lost 35-31 after Joe Flacco’s Hail Mary attempt was batted down.

It’s the ninth time quarterback Tom Brady will be playing in the championship game.

The Patriots beat both the Broncos and the Colts in the regular season. New England beat Denver 43-21 on November 4, and trumped Indianapolis 42-20 on November 16.

The game will kick off at approximately 6:40 p.m. EST.

CBS will broadcast the game and also provide a live stream.

The winner of the AFC Championship game will advance to the Super Bowl, which is scheduled for February 1 in Phoenix.

The NFC Championship game will feature the Seattle Seahawks against the Green Bay Packers.

The Patriots did not play the Seahawks in the regular season.

Tickets will be hard to come by for the game in Foxboro, although some season ticket holders are selling theirs on Craigslist, StubHub, and other websites. Tickets start at about $300.