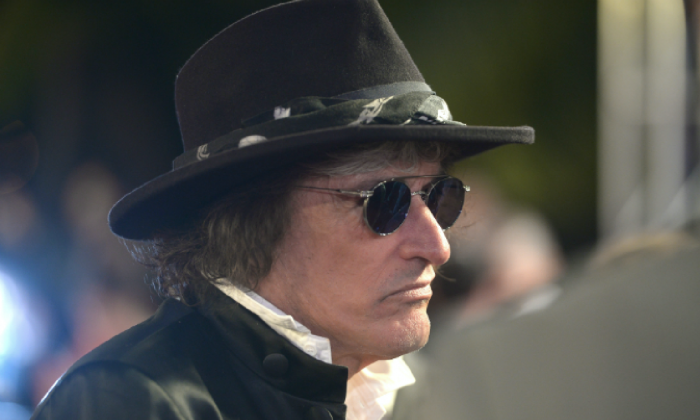 Aerosmith’s Joe Perry in Stable Condition After Collapsing on Stage

Aerosmith guitarist Joe Perry is in stable condition after collapsing on stage during a performance on July 10 in Brooklyn, according to reports.

Perry was performing alongside rockers Alice Cooper and Johnny Depp, collectively known as the Hollywood Vampires, at the Amphitheater in Coney Island. Perry appeared to suddenly fall ill, and staggered offstage before he was rushed to Coney Island Hospital. He was later transferred to Columbia Presbyterian Hospital.

Fans said the 65-year-old appeared sluggish and haggard during the group’s set. A fan who was in attendance at the show recounted the moment on Instagram.

“Joe Perry collapsed on stage just now! He had to sit on drum kit and then went behind a small wall and passed out. FDNY and NYPD carried him off quickly,” wrote leeniepics in a message accompanied by a video of the musician.

#JoePerry collapsed on stage just now! He had to sit on drum kit and then went behind a small wall and passed out. FDNY and NYPD carried him off quickly. #Aerosmith #hollywoodvampires

“Thanks to all of the fans reaching out and asking about Joe. He is stable right now, with family and is under the best care,” read the tweet.

Cooper also offered an update on his fellow bandmate.

“Thanks to everyone asking about our brother @JoePerry. He is stable right now, with family & is under the best care,” he tweeted.
Perry is one of the founding members of the legendary rock band Aerosmith, along with Steven Tyler, Ray Tabano, and Tom Hamilton. Aerosmith was inducted into the Rock and Roll Hall of Fame in 2001. The lead guitarist—owner of 600 guitars—was also inducted into the Songwriters Hall of Fame in 2013.
Joe Perry formed Hollywood Vampires in 2015 and also performs with his other band, the Joe Perry Project.