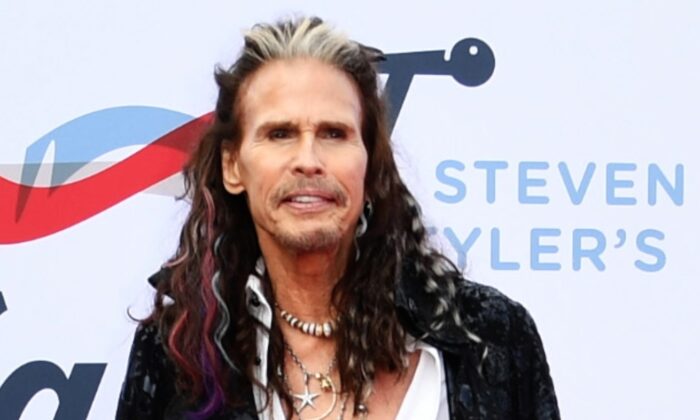 Steven Tyler, the lead singer of the Boston-based band Aerosmith, checked out of rehab last week after voluntarily entering a treatment program in late May following a drug relapse, according to reports.

A representative for the 74-year-old singer told Fox News that he’s “doing extremely well and looking forward to being back on stage.”

Tyler checked out of the facility after successfully completing a 30-day rehabilitation program, according to the network. He reportedly released himself several days longer than the 30-day program to ensure his sobriety.

A statement released by Tyler’s bandmates in late May announced the dates of their Las Vegas residency would be canceled so the singer can focus on his well-being. The group’s “Deuces Are Wild” residency was slated to kick off at Park MGM’s Dolby Live on June 17.

“As many of you know, our beloved brother Steven has worked on his sobriety for many years,” a joint statement that was shared on Aerosmith’s official Instagram page reads. “After foot surgery to prepare for the stage and the necessity of pain management during the process, he has recently relapsed and voluntarily entered a treatment program to concentrate on his health and recovery.”

“We will continue our 2022 dates starting in September, and we’ll let you know any further updates as soon as we can,” it added. “We are devastated that we have inconvenienced so many of you, especially our most loyal fans who often travel great distances to experience our shows.”

Tyler has been open about his struggles with substance abuse in the past, revealing in 2019 that his bandmates had staged an intervention on him in 1988, urging the legendary frontman to seek help for his drug addiction.

During an interview with Haute Living in December 2019, Tyler said it took him “many years” to forgive his bandmates—Joe Perry, 71, Tom Hamilton, 70, Joey Kramer, 71, and Brad Whitford, 70—for sending him to rehab, adding that today, he is “grateful and owe[s] thanks to them for [his] sobriety.”

“There was a moment in ’88 when management and the band pulled an intervention on me,” Tyler told the magazine. “They thought, ‘Get the lead singer sober, and all our problems would be over.’ So, I got sober, and you know it took me many years to get over the anger of them sending me to rehab while they went on vacation.”

Tyler started using again in the early 2000s after another post-surgery relapse. He then was treated for prescription drug abuse in 2009.