Aeromexico Crash: Flight AM2431 Goes Down in Durango, Mexico

Officials say no deaths were reported 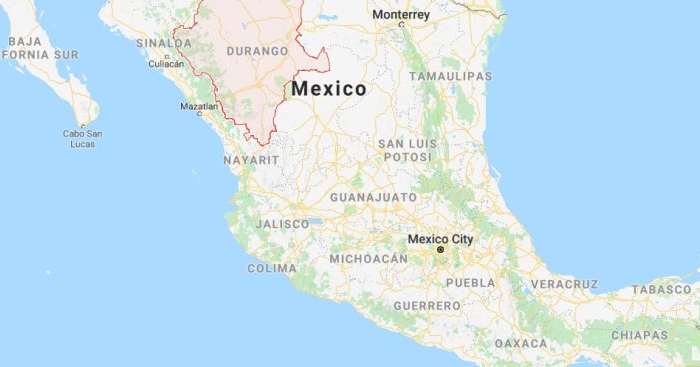 Aeromexico flight AM2431 crashed in Durango, Mexico, after takeoff on July 31, according to media reports. (Google Maps)
By Jack Phillips

An Aeromexico passenger plane, Flight AM2431, crashed in Durango, Mexico, after takeoff on July 31, according to Mexican officials.

The BBC reported that the accident occurred shortly after the flight took off from the Guadalupe Victoria International Airport and was en route to Mexico City. The report said that 101 people were on the flight.

Local media outlets reported that passengers were seen walking to a nearby road for help.

Durango state governor José Aispuro said that there were no deaths.

“It is confirmed that there were no deaths during the accident of flight # AM2431. At present, part of the Cabinet, led by the Coordinator @ RosarioCastroL, is in charge of caring for the injured and cooperating with the airport authorities in dealing with this event,” he tweeted in Spanish.

“I have instructed the @ SEDENAmx , @ PcSegob and @ SCT_mx to collaborate in the care of the aerial accident that occurred in Durango. I hope that the crew and all passengers are well,” wrote Mexican President Enrique Pena Nieto on Twitter in Spanish.

Aeromexico also tweeted that it learned of an accident in Durango and were working to obtain details.

It’s not clear if there were any injuries.

Other details about the incident are not clear at this time.

According to the FlightAware website, the flight took off at 3:08 p.m. local time and it was headed to Mexico City, where it was slated to land at 4:38 p.m.