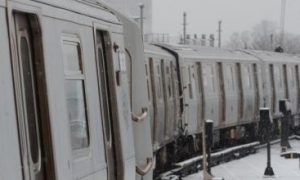 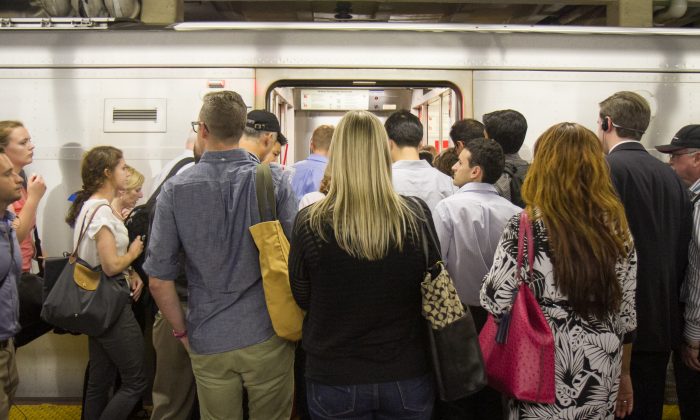 What would you do with an extra $443 every year? Transit riders at the Atlantic Avenue subway station stopped by a booth Sunday afternoon to answer in support of a proposed bill that would allow more New York employees to pay for mass transit with pre-tax dollars.

“I would buy my three children clothes,” said Candace Campbell with a laugh, gesturing to her three young children taking an interest in the booth set up by advocacy group Riders Alliance.

“I think it’s a good bill, period. I didn’t even know about this until I saw [the booth],” Campbell said. “In Massachusetts, where I lived, they actually did that.”

Under a federal program, workers can pay for their transit costs before taxes the way they pay health insurance premiums, but the employer needs to provide that function. In April, Councilmember Dan Garodnick introduced legislation that would require businesses with over 20 employees to offer the benefit.

The bill has yet to be voted on, and Riders Alliance organizer Rebecca Bailin says they will continue to raise awareness and support until then.

“We want to build support,” Bailin said at the Atlantic Avenue station Sunday afternoon. “We want the riders to know about this, so we thought we’d take it to the streets.”

Under the tax break program, a New York employee earning the median income and using monthly Metrocards would save $443 annually. Other employees’ savings would vary depending on their salaries.

If the bill comes to pass, over 600,000 more employees at eligible companies would be able to use the program.

In April, Garodnick explained that his office had contacted many companies across the city and found little resistance to implementing the program. Making it law would simply speed things up, advocates said.

The bill would actually save employers money, Garodnick added, and companies with over 20 employees are big enough to absorb the extra administrative work required to set up the program.

“The dollars come out before they pay their taxes for employers,” Garodnick said at the time.

Companies need to set up the transit benefits with a system like WageWorks or TransitChek.

Through the afternoon, Riders Alliance volunteers passed out informational cards and asked riders to sign a petition showing their support for the bill.

“When I read that savings were almost $450, I was like ‘wow, people have to know about it,'” said volunteer Philippe Pierre, who works for a non-profit that provides the benefit. “My cousin could use it.”

Two months ago Pierre, a Queens resident, met Riders Alliance volunteers in Woodhaven raising awareness of issues related to the bus system. He had always had an interest in transportation politics, Pierre said, and decided to join as a volunteer.

“I work in the Brooklyn area, so I wanted to bring this issue here,” Pierre said. “I want to bring that awareness to other people.”