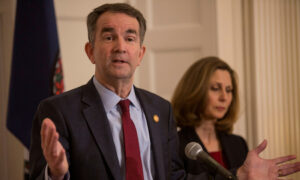 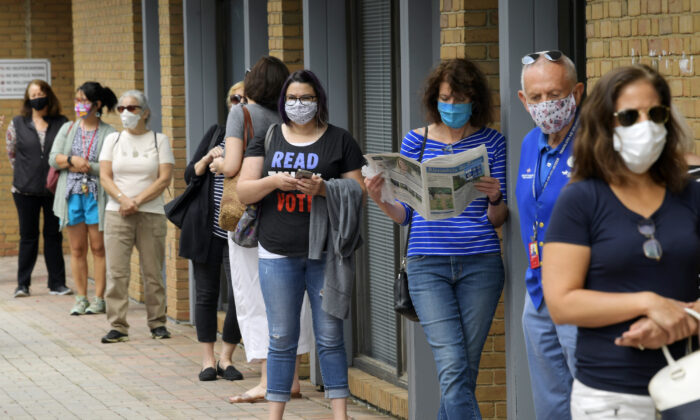 People wait in line at to cast their ballots for the November presidential election on first day of early voting in Alexandria, Va., on Sept. 18, 2020. (John McDonnell/The Washington Post)
2020 Election

A civil rights organization has filed a lawsuit against Virginia elections agencies and officials after an accidentally severed fiber optic cable shut down the state’s online voter registration system for several hours Tuesday, the last day to register before the November general election.

The Virginia Department of Elections said in a statement on Twitter that a “fiber cut” impacted data circuits and connectivity for multiple agencies, including the department’s citizen portal and registrar’s offices. The cable was inadvertently cut during a Chesterfield County roadside utilities project, according to the state’s information technology agency.

Some 6 hours later, the Department of Elections issued a statement saying the portal was back online, urging voters to register or otherwise check their registration status.

The connectivity snag led to concerns of voter disenfranchisement at a critical moment, with the incident occurring on the deadline to register to vote for the Nov. 3 election.

The Lawyers’ Committee for Civil Rights Under Law and the Advancement Project said in a joint statement that a lawsuit (pdf) was filed Tuesday night calling for voter registration to be extended for 48 hours and that the state should make “a significant effort” to tell the public about the change.

Kristen Clarke, president and executive director of the Lawyers’ Committee for Civil Rights Under Law, said in a statement that Virginia “failed the public and it must grant a significant extension to ensure all Virginians are given an equal opportunity to exercise their fundamental right to vote.”

“Absent relief, voters who attempted to register to vote through the online portal on Oct. 13, 2020, but were unable through no fault of their own, will be absolutely disenfranchised in the upcoming elections,” the lawsuit states.

“Plaintiffs themselves will be prevented from helping citizens register to vote through the online voter registration system, frustrating their core mission and activities in advancing that mission, and thereby disenfranchising those citizens in the coming general election,” the complaint states.

“Extending the registration and early voting deadlines is the only way that Virginia can adequately address the harm this outage has caused to voters,” said Jorge Vasquez, power and democracy director of the Advancement Project National Office, in a statement.

Virginia Gov. Ralph Northam said at a press conference that he supports extending the deadline. But he said it appears that only the courts have the ability to change it.

Northam, a Democrat, said the state did not have a backup plan for this particular cable and the episode shows the need for the state to continue its efforts at creating a secure network.

“Obviously, we still have a lot of work to do,” Northam said.