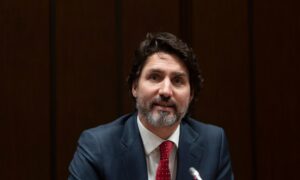 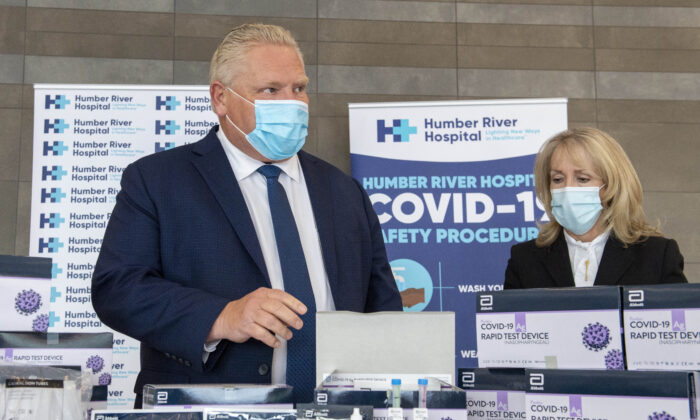 OTTAWA—Experts who advocate for improvements to long-term care in Canada say the provinces need to move faster to vaccinate residents and the people who look after them.

Canada’s overall vaccination rollout is being questioned with more than 420,000 doses now received, but only about one-quarter of those injected.

And long-term-care residents, who have paid the heaviest price for the pandemic and were to be at the front of the line, have had to wait in most provinces because the first vaccine from Pfizer and BioNTech was deemed too fragile to distribute outside major hospitals, at least at first.

“The reality is all the excuses used for not doing them first are just that, excuses.”

Quebec is the only province that selected two long-term-care homes as the first sites to receive and inject the Pfizer-BioNTech vaccine. All other provinces went with major hospitals, and two other priority groups, front-line hospital staff and long-term-care workers, were the first recipients.

Grinspun was among several long-term-care experts and advocates who participated in a virtual town hall hosted by Green party Leader Annamie Paul Monday afternoon. All of them said getting long-term-care residents vaccinated as quickly as possible is critical to ending the ongoing outbreaks that have killed more than 10,000 long-term care residents in Canada since last March.

There are about 425,000 people living in long-term care and retirement homes in Canada, or about 1.2 percent of the total population. But residents in the homes account for 10 percent of Canada’s total COVID-19 cases and 72 percent of deaths.

Among two dozen of the world’s wealthiest nations, only Australia had a higher percentage, at 75 percent. However Australia’s total death toll from COVID-19 is 908. Canada’s is now close to 16,000.

Dr. Samir Sinha, director of geriatrics at Mount Sinai Hospital in Toronto, said there is no data yet showing specifically who received the first 120,000 vaccine doses.

But Sinha says in Ontario alone, there are more than 72,000 long-term-care residents and about 100,000 staff, and that province has administered about 42,000 doses total out of more than 148,000 doses now received.

“Frankly, we’ve had 21 days to start getting these vaccinations, rolling at a quick pace, because as soon as we vaccinate people, we’re saving lives,” he said. “And vaccines do nothing to help anybody when they’re sitting in the freezer. So we actually have an opportunity to even get ourselves out of this pandemic sooner and end this nightmare.”

Long-term-care residents are at the front of the line to receive the Moderna vaccine, which can be stored and transported at less frigid temperatures.

Many of those first Moderna doses are going to the territories and remote First Nations, but some are also going to long-term care.

Alberta vaccinated its first long-term-care resident on Dec. 30. Prince Edward Island did so Monday. Donna Duncan, the CEO of the Ontario Long Term Care Association, said there are vaccination teams going into homes in the province’s hardest hit regions now.

Ontario Premier Doug Ford said Monday there have been a few bumps along the way but that vaccine administration should get significantly faster in the next few weeks.

Dr. Samantha Hill, a cardiac surgeon in Toronto and current president of the Ontario Medical Assocation, said the Pfizer-BioNTech vaccine is tricky and the there was fear that too many doses might be lost if the distribution network was too complicated.

She said she hopes that with Moderna’s vaccine arriving now that “will be rapidly corrected.”

Hill also said vaccinating long-term-care workers will help with the overall picture, because in many cases, the impact of the virus on long-term care has been exacerbated as workers fall ill and leave homes even shorter-staffed than usual.

Nearly 17,000 long-term care workers have contracted COVID-19 in Canada and 16 have died.

Hill said she is horrified and angry to hear stories of long-term-care patients dying not of COVID-19, but because there wasn’t a worker to help them eat or drink.