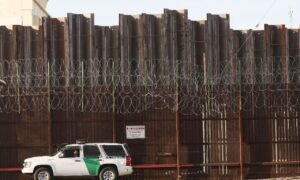 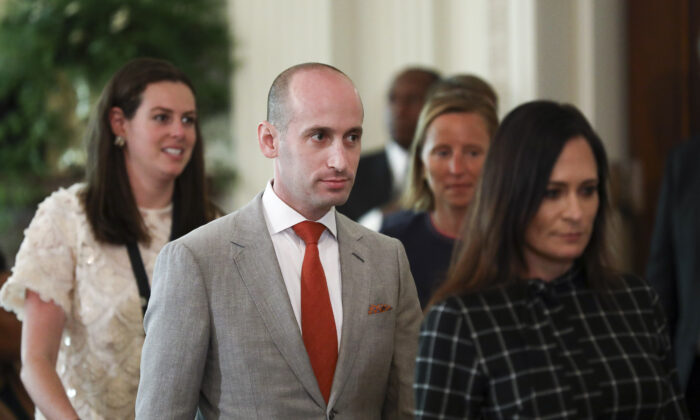 Adviser Stephen Miller: Trump Term One of ‘Most Consequential’ in US History

President Donald Trump’s four years in office included achievements that would have been “unthinkable” and marks the term as one of the “most consequential” in U.S. history, top adviser Stephen Miller said this week.

“This is this the most consequential four-year term of any president in American history,” Miller, an immigration hawk who was a Trump adviser for all four years, told the Washington Examiner late Tuesday.

“What we achieved in the last four years would have been unthinkable in the span of even multiple presidencies,” he added.

Miller, a onetime aide to former Sen. Jeff Sessions (R-Ala.), pointed to Trump extending the border wall and implementing several major immigration policies, including the “Remain in Mexico” policy that forced asylum seekers to wait outside the United States while their claims were adjudicated.

“We are leaving our successor with the most secure border and most secure immigration system in U.S. history,” Miller said. “Before Biden, every president has come into office with an unsecure border trying to figure out how to fix it. Joe Biden is the first president in American history who can be correctly told, ‘The border, sir, is already secure.'”

Trump sounded a similar theme while speaking to supporters in Maryland before flying to Florida on Wednesday morning.

“I will tell you that the future of this country has never been better. I wish the new administration great luck and great success. I think they’ll have great success. They have the foundation to do something really spectacular,” he said.

Biden’s flurry of executive orders later Wednesday undid some of Trump’s policies, including reversing Trump’s decision to exclude illegal aliens from the Census, pausing the building of the border wall, and suspending the “Remain in Mexico” program.

Trump’s Secretary of State Mike Pompeo said last week that he believes history will reflect the “good work” the Trump administration did.

“Those books will be written about the changes that we have made in the world, the recognition that we have taken about reality, sovereignty, respect for basic dignity and human rights, a return to the founding principles in a way that previous administrations had not done,” he said.