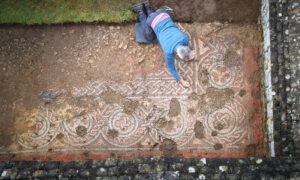 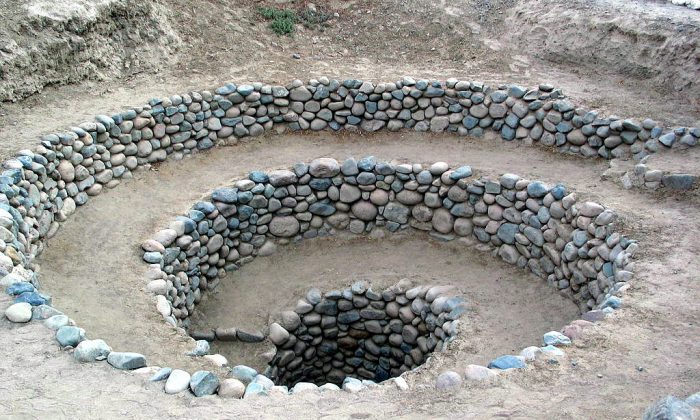 Aqueducts and man-made wells built about 1,500 years ago in Peru by the Nazca people are still in use today and supplying water for daily living and irrigation to people in desert areas near the modern city of Nazca.

The Nazca people had only very narrow, rocky valleys in which to live and grow their crops, so they implemented an advanced hydraulic engineering system that greened their lands and helped them prosper.

They are known as the Aqueducts of Cantalloc or, in Spanish, Cantayo. The accomplishment of creating them was arguably greater than that of creating the Nazca lines that are so famous around the world.

The ancient people made between 30 and 50 underground channels miles long to carry water from rivers upstream, from the valley, and from mountain springs to their crops and cities. They dug the channels and lined them with stones and wood and then reburied them.

The hydraulic system includes 17 wells that have paths spiraling into the earth, where the running water can be collected. Researchers think people entered the wells via the spiraling structure to clean or repair the wells, especially after earthquakes.

The Nazca civilization did have some green, arable land available in the narrow valleys where they eked out an existence, but these engineered waterworks allowed them to expand their farming land. Among their crops were potatoes, corn, beans, cotton, and fruits.

The river valleys in the vicinity of Nazca are just as green today as they were about 1,500 years ago when the canals, aqueducts, and wells were constructed, because some of these hydraulic features are still used.

The Nazca were one of many civilized people who lived in South America centuries ago. The Nazca were descended from the Paracas people, an earlier civilization that was also advanced.