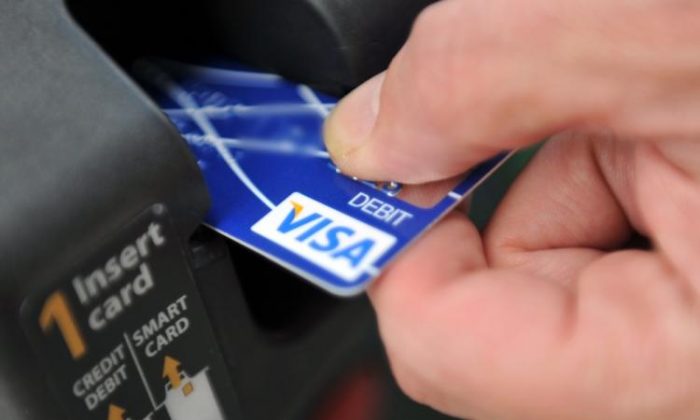 A credit card is swiped at a parking meter on Aug. 20 in Washington. Using a credit card and paying it off is apparently considered "adulting" to some. (Tim Sloan/AFP/Getty Images)
US News

A Kentucky high school is offering a so-called “adulting day” that teaches students how to pay bills, pay off credit cards, cook, and change a flat tire.

Seniors at Bullitt Central High School in Shepherdsville got one-on-one lessons from people in the community on things like dorm-room cooking, credit cards, and financing, and other “adult” tasks, WAVE-3 reported. Christy Hardin, director of the BCHS Family Resource & Youth Services Center, said she organized the event.

“I think that the idea occurred to me originally, I saw a Facebook post that parents passed around saying they needed a class in high school on taxes, and cooking,” Hardin told WAVE-3. “Our kids can get that, but they have to choose it. And (Wednesday) was a day they could pick and choose pieces they didn’t feel like they had gotten so far.”

Police also talked to students about how to interact with officers during traffic stops. Another speaker also spoke about when homesickness is really homesickness or something else.

Members of the U.S. Army and Our Lady of Peace also spoke.

“Adulting” is a neologism, meaning “post-adolescence when the light in your eyes fade away and dies,” according to one Urban Dictionary post. Oxford Dictionary, however, says it is “the practice of behaving in a way characteristic of a responsible adult, especially the accomplishment of mundane but necessary tasks.”

CBS New York reported that apparently more teens and young adults who were lacking life skills are signing up for classes on how to do so.

“I don’t know, I was so used to when living at home, my mom always cooking,” 29-year-old Elena Toumaras of Queens, New York, told CBS. “Doing simple things now that I’m on my own, I’m struggling with it.”

Rachel Flehinger, of Portland, Maine, launched the “Adulting School,” providing online classes for millennials. “How to have a relationship, how to talk to someone, conflict resolution—how not to fight,” Flehinger said of what one can learn via her class.

Some experts say millennials are behind on “adulting” because many haven’t left their parents’ homes. According to the CBS report, citing 2015 U.S. Census data, 34 percent of Americans between 18 and 34 still lived with a parent, which is up 8 points from 2005.

“I’m always surprised about people not knowing what I think are the simple things as far as knife skills, or flavors that go together,” said Kim Calichio of TheConnectedChef in the report.

The Federal Reserve suggested in a new study that millennials are not spending as much money as previous generations. It’s because they have “lower earnings, fewer assets and less wealth,” according to NPR on Nov. 30.

Their financial data was compared with Generation X, baby boomers, the silent generation, and the greatest generation.