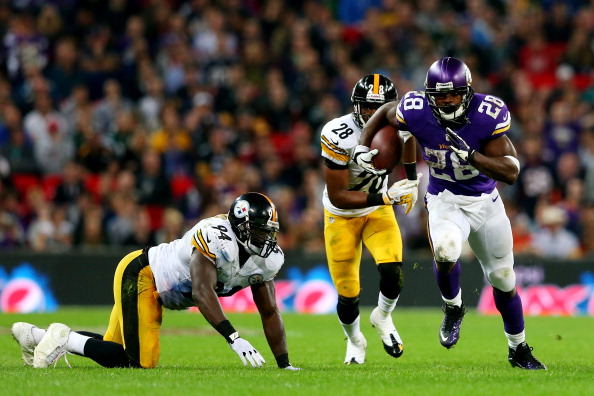 Adrian Peterson said personal reasons were the reason why the Minnesota Vikings running back missed practice. UPDATE: It was later reported that Peterson’s son may have been critically injured by a man dating the mother of the child, forcing Peterson to head to South Dakota.

EDEN PRAIRIE, Minn. (AP) — Minnesota Vikings running back Adrian Peterson did not attend practice Thursday due to personal reasons. The team says he is expected to return on Friday.

The reigning NFL MVP is second in the NFL with 421 yards rushing. After an ordinary first three weeks by his lofty standards, Peterson rushed for 140 yards and two touchdowns to help the Vikings get their first victory of the season two weeks ago against Pittsburgh.

The Vikings had the bye last week and Peterson returned to practice with the team on Wednesday in preparation for their game against Carolina.