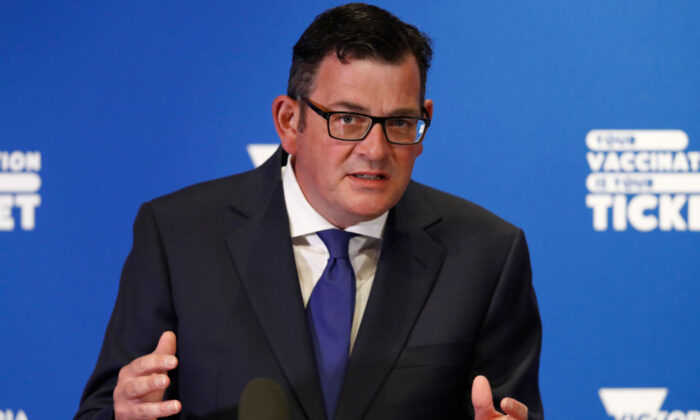 Are Australian ‘No Jab, No Job’ Orders Constitutional?

The Victorian state Labor government, led by Premier Daniel Andrews, adopted a tough “no jab, no job” health order to facilitate the re-opening of the state. This order, which is one of the strictest in the world, is not only controversial, but also suspect from a legal point of view.

Even the World Health Organisation does not support vaccination mandates and, instead, favours more subtle forms of encouragement to cajole a country’s citizens into accepting a COVID-19 vaccine.

The legal challenge raised by the “no jab, no job” order relates to the legislative authority of the states to make this order.

Section 51(xxiiiA) of the Commonwealth Constitution constrains the federal parliament (as opposed to state parliaments) from adopting such an order.

This provision stipulates that the Commonwealth parliament, among others, can make laws with respect to: “The provision of … pharmaceutical, sickness and hospital benefits, medical and dental services (but not so as to authorize any form of civil conscription), benefits to students and family allowances.”

This provision also allows for the granting of diverse services by the federal government but not to the extent of authorising any form of civil conscription.

Thus, the federal government may not compel medical practitioners to provide mandatory services, for example, vaccinations.

Justice Kirby opined in 2009, in Wong v Commonwealth; Selim v Professional Services Review Committee, that the purpose of prohibiting the civil conscription in section 51(xxiiiA) was to ensure that the relationship between a medical practitioner and the patient would be governed by contract where that is the intention of the parties.

For him, the test of whether civil conscription has been imposed is “whether the impugned regulation, by its details and burdens, intrudes impermissibly into the private consensual arrangements between the providers of ‘medical and dental services’ and the individual recipients of such services.”

Accordingly, the Prime Minister, Scott Morrison, has indicated repeatedly that, while there is no intention on the part of the federal government to adopt a mandatory vaccination order, the states are free to adopt and implement these orders.

However, although a state government can institute its own public health orders, any component of such order cannot impermissibly intrude into any matter that may be regarded as coming within the sole purview of the Commonwealth government. When this occurs, of course, the applicant state must make an application to the Commonwealth to enact that relevant component of the health order on behalf of the state.

John Lawrence Duval, a concerned citizen, raised this important argument in an email message on Nov. 11, 2021, addressed to the federal attorney-general. In a message addressed to Professor Augusto Zimmermann, Duval summarised his argument: “although a state government has the right to institute public health orders, if any component of such health order intrudes into that which is the sole purview of the Commonwealth, then the state must make application to the Commonwealth for the Commonwealth to enact that particular component on behalf of the state.”

Duval explains that in Victoria, the government has recently mandated that “no one be allowed to earn a living” unless he or she is vaccinated with a COVID-19 vaccine. Consequently, citizens who reside there now suffer a significant disadvantage relative to most Australians who are residing in another state: the former are not allowed to work if not vaccinated, the latter are allowed; the former are not allowed to supplement their unemployment benefits with part-time income, the latter are allowed.

The “no jab, no job” order of the Victorian government is, of course, an egregious violation of a right that is profoundly attached to “citizenship.” Although the Commonwealth Constitution does not say anything about “citizenship,” section 51(xix) gives legislative power to the Commonwealth Parliament to make laws with respect to “naturalization and aliens.”

At present, Victoria is the only state with a “no jab, no job” health order. This means that Australian citizens are treated differently depending on the state they live in.

Duval argued that this order is invalid because “the right to earn a living is fundamentally attached to citizenship rather than one’s place of residence, and thus that the state government of Victoria must apply to the Commonwealth Government to implement such prohibition on its behalf, which it has not done.”

In this context, Article 6(1) of the International Covenant on Economic, Social and Cultural Rights, which entered into force on Jan. 3, 1976, stipulates that “The States Parties to the present Covenant recognize the right to work, which includes the right of everyone to the opportunity to gain his living by work which he freely chooses or accepts, and will take appropriate steps to safeguard this right.”

Of course, a request, that the Commonwealth adopt a “no jab, no job” health order on behalf of the state, would activate the applicability of section 51 (xxiiiA) of the constitution.

Indeed, as this provision explicitly prohibits the imposition of civil conscriptions by means of coercive vaccine mandates, especially if they were to affect the contractual relationship between doctors and patients, the Commonwealth is constitutionally prevented from assisting the states in the implementation of any such measures that would result in a form of enforced medical conscription.