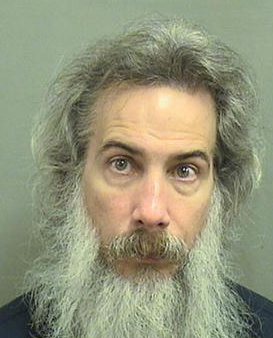 Police discovered about 1,000 photos of obscene photos on his computer after he was busted for sending 22 of the photos to an undercover police officer who posed as a fellow child pornography person.

Losada has been in the Palm Beach County jail in Florida since September 2009.

The 10-year sentence means that he could be out in five with time served.

Losada has been representing himself since he fired his attorney before his trial. He said little during the sentencing, although through a Spanish interpreter he repeatedly insisted that he understands his constitutional rights, reported Palm Beach Post.

Prosecutors asked for a 20-year sentence because of how many images Losada had. Judge Karen Miller tossed 62 of the 66 counts on which Losada was convicted. Before that, he faced anywhere from 47 years to 330 years in prison.

The judge said that her interpretation of the law is that he should be charged for the number of times he transmitted and accessed the pornography, not for how many images he had.

“I don’t think any time less than the maximum — I don’t think any probationary period is going to rehabilitate Mr. Losada,” Assistant State Attorney Gregory Schiller said in asking for the maximum 20-year sentence, reported the Sun-Sentinel. “In all my years of doing these kinds of cases, I’ve never seen images [of children] this young, or so horrible and heinous.”