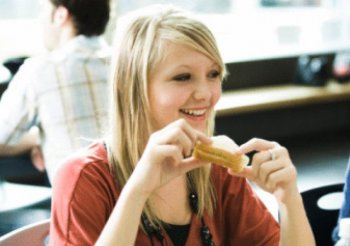 Led by Felice Jacka at Deakin University, a team of researchers found that healthier diets are associated with better mental health across a two-year monitoring period.

"This relationship even persisted when mental health at the starting point was taken into account," Jacka said in a press release.

A total of 2,915 Australian teenagers, aged 11- to 18-years-old at baseline, were studied using questionnaires to determine each individual’s healthy or unhealthy diet, and psychological symptoms.

The adolescents were examined over two different occasions: once in 2005, and a second time in 2007.

"This wasn’t explained by changes in physical activity levels or weight.”

“Three quarters of psychiatric illnesses begin before the age of 25 and the average age that depressive illnesses start is only 13 years old,” Jacka explained.

"Once an individual experiences depression, they are more likely to experience it again."

In their article, the researchers concluded that urgent intervention studies are necessary to find out whether common mental disorders can be prevented through dietary modification.

“Given the findings from this study, particular attention should now be paid to creating environments that promote healthy eating and engaging parents in supporting adolescents to maintain good nutrition during a difficult life stage,” they conclude.

The study was published online in the journal PLoS One on Sept. 22.