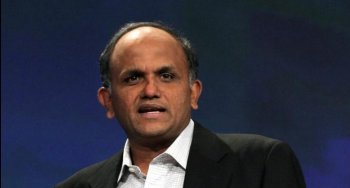 The report fueled speculation that Microsoft and Adobe may be close to a merger, or at least an alliance for business purposes. Shares of Adobe (Nasdaq: ADBE) settled at $28.69 on Thursday afternoon, an increase of $2.96, or 11.5 percent, under heavy trading activity.

The New York Times’ Bits blog mentioned that Ballmer had recently met with Adobe executives at its headquarters in San Jose, Calif., to discuss Apple’s dominance of the smartphone market. The blog speculated that a business deal or merger could come out of such discussion, which lasted for more than an hour, according to an inside source.

Adobe is a software rival to Microsoft. The company’s Creative Suite design software is a market leader, while its Flash technology is used to run videos and interactive applications on the Web.

Recently, Adobe was involved in a public spat with Apple CEO Steve Jobs over its Flash technology, which Apple currently does not support in its iPhone and iPad devices.

Microsoft is no stranger to bidding for rivals. In 2008, it offered to purchase search engine rival Yahoo Inc. for $45 billion. The deal was not consummated.