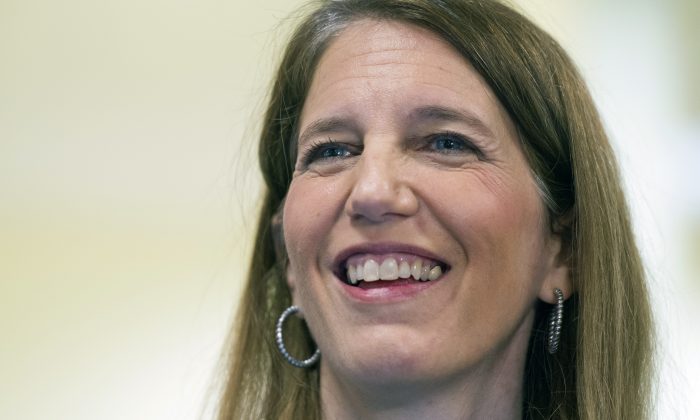 Health and Human Services Secretary Sylvia M. Burwell said she expects “strong and healthy growth” for 2015. About 7 million people are signed up, and Burwell expects to grow that by 2 million more or so.

The Congressional Budget Office has projected a total of 13 million enrolled for 2015, and some see the administration as trying to lower expectations.

Burwell told NBC’s “Meet the Press” that 100,000 people had submitted new applications this weekend via the federal website serving 37 states. That’s a big difference from last year, when only a handful of customers managed to enroll on the first day.

Burwell also said that a half-million people who already have coverage through the program were able to log into their accounts this time.

There were reports Saturday that returning customers had problems, but some of that may have been confusion trying to remember user names and passwords.

Administration spokesman Aaron Albright said Sunday he had not seen any indication of problems.

HealthCare.gov is an online marketplace that offers subsidized private coverage to people who don’t have health insurance on the job. Because of political opposition and technical issues, the federal government is running the health insurance exchange in most states.

Thirteen states and Washington, D.C., are running their own markets. Washington state had problems Saturday with its exchange, which was generating inaccurate subsidy calculations.

Premiums, on average, appear to be stable this year. But experts say overall national numbers can mask big changes from state to state, and sometimes even within parts of a state. In particular, customers who already got covered this year are being advised to shop around to avoid significant cost increases.

With Congress fully under Republican control, the administration cannot afford another website meltdown.