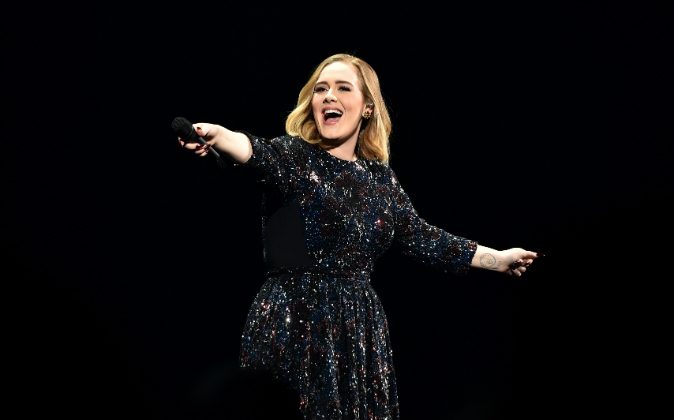 Adele Forgets Lyrics to Her Song ‘Million Years Ago’ During Concert

Recording artist Adele flubbed the lyrics to her song, “Million Years Ago” during a concert in Lisbon, Portugal last week, and it was all caught on camera.

Adele forgot the lyrics to her song and this was her reaction. pic.twitter.com/n1EyHwXM56

This isn’t the first time the 27-year-old singer has forgotten the lyrics to her chart-topping records.

It was just a few days ago when Adele screwed up the lyrics to “Rolling in the Deep” while performing for thousands of fans during her Manchester concert.

Adele’s fans were forgiving of the singer’s mishap.

@etnow she’s so dang cute, and when she messes up she’s even cuter!! Love her!!!!

Only Adele can make forgetting the words to her own song look this adorable https://t.co/Jz64EOojVZ pic.twitter.com/6D1TV2xHuI“

Adele’s songs have landed her in the record books. Her lead single, “Hello” off of her third album, “25” was viewed over a billion times on YouTube—the fastest ever music video to do so, with fifty million of those views initially occurring in the first 48 hours after its release.

The singer is also sporting a slimmer figure, thanks to the “Sirtfood Diet.”

New Music: Adele ‘Send My Love (To Your New Lover)’

“The Sirtfood Diet is all about losing weight and feeling fantastic through eating great-tasting food. It’s based on extensive research into the power of key plant foods, which when added to our diet turn on fat burning and improve wellbeing,” source close to the singer, who recently signed a more than $100-million deal, told MailOnline.

Adele released her new single, “Send My Love (To Your New Lover)” on May 16.

The megastar will kick off the North American leg of the Adele Live 2016 world tour on July 5 in Minnesota.