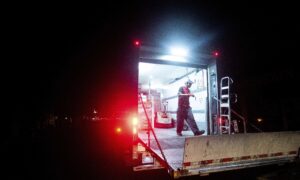 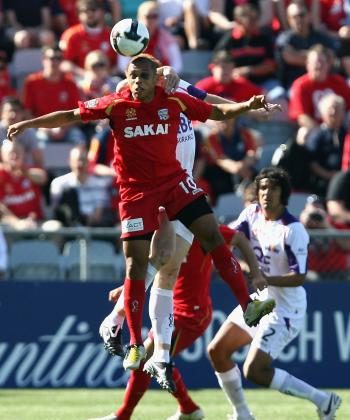 Cristiano of United heads the ball during the round nine A-League match between Adelaide United and Perth Glory at Hindmarsh Stadium on October 26, 2008 in Adelaide, Australia. (Simon Cross/Getty Images)
US

The trailblazing success of Adelaide United in reaching the 2008 ACL Final with last week’s 3–1 aggregate victory over Bunyodkor in Tashkent has hastened both their own evolution and more widely that of the A-League itself.

The Asian Football Confederation Champions League Final between the Adelaide Reds and J-League powerhouse Gamba Osaka to be played over two legs – firstly in Osaka on November 5 (kick-off 8pm AEDT) and then in Adelaide on November 12 (kick-off 9pm AEDT) – is set to be viewed by a huge international television audience.

In addition, the changes to the format of the Asian Champions League next year looks set to further increase both the international profile and financial rewards of this continental club showpiece, providing yet further incentive for A-League clubs in the years to come.

Football Federation Australia’s resolve to join the Asian Football Confederation just a few short years ago (officially accepted on January 1, 2006) was of course designed to offer just such a prestigious international platform for Australian clubs to target.

But it is doubtful the FFA expected an A-League club to advance so far so soon.

Win or lose, Adelaide’s progress to the 2008 ACL Final in the elite 28-team competition with victories over the domestic club champions of South Korea, Japan, China and Uzbekistan along the way has now firmly established the professional credibility of the A-League competition throughout Asia.

Remarkably, this unexpected success has been achieved by the five-year-old Reds with a total playing salary cap of around $2 million – in comparison; fellow finalists Gamba Osaka operate on a budget more than 10 times this figure, while Adelaide’s vanquished semi-final opponents Bunyodkor pay their leading striker Rivaldo a figure of $7 million per season alone.

Clearly, the ACL success of Adelaide has been built on the players’ belief they had all the skill needed to punch above their weight – with much credit for translating this determination to the pitch due to their manager and former Socceroo Aurelio Vidmar.

It is a belief Adelaide will need in spades in December given progress to the ACL final has now also qualified the Reds for the Club World Cup in Japan featuring this year’s continental champion clubs, including global giants Manchester United.

Regardless of further success beyond local shores this year, Adelaide’s glorious run through the ACL has already awakened Adelaide and a larger slice of the Australian sporting public to the joys of regional club competition in Asia’s rapidly strengthening 46-nation strong Football Confederation.

Along with the Socceroos being in the final stage of Asian World Cup qualifying for the first time, Adelaide’s ACL performance in 2008 has shown that the game in Australia is now firmly a part of Asia and is not looking back.

The excitement of the large body of United supporters at Adelaide airport to welcome the triumphant Reds home from Uzbekistan last weekend was one small sign of that.