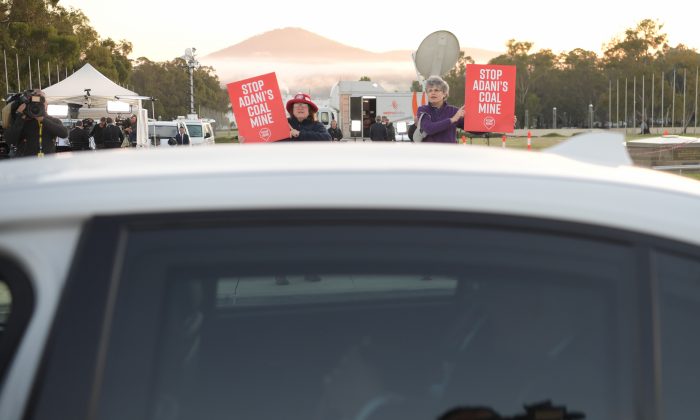 Adani Mine Groundwater Plan Gets Go-Ahead From Federal Government

The federal environment minister has given the green light to the groundwater plan for Adani’s Carmichael mine, taking it a step closer to operation.

“Following this independent assessment and the Department of Environment and Energy’s recommendation for approval, I have accepted the scientific advice and therefore approved the groundwater management plans for the Carmichael coal mine and rail Infrastructure project under Environmental Protection and Biodiversity Conservation Act 1999,” she said in a statement.

This decision does not mean the project has final approval.

Further approvals are needed from the Queensland government prior to construction starting.

“To date, only 16 of 25 environmental plans have been finalised or approved by the Commonwealth and Queensland governments with a further nine to be finalised,” Price said.

“It must meet further stringent conditions of approval from the Commonwealth before it can begin producing coal.”

She said the company had accepted a number of actions including better monitoring of the Doongmabulla Springs, tighter corrective action triggers if there are any groundwater impacts and more scientific modelling within two years of the start of mining.

The federal government is not providing any financial support to the mine or to its rail project, she said.

Queensland coalition MPs have been agitating for the minister to make her decision before Prime Minister Scott Morrison goes to the polls, expected on May 18.

“This isn’t just about one project or one mine—the Labor party wants to get rid of all coal mines and all coal mining jobs,” Senator Canavan said in a statement afterward.

Anti-Adani protesters disrupted a business lunch speech by Morrison in Brisbane on Monday.

Labor leader Bill Shorten said the environment minister was being bullied in what he described as a “failure of ethics in government at the highest level.”

Shorten said in government he would be guided by the “best science and the law of the land” on the Adani approvals.

By Angus Livingston and Paul Osborne