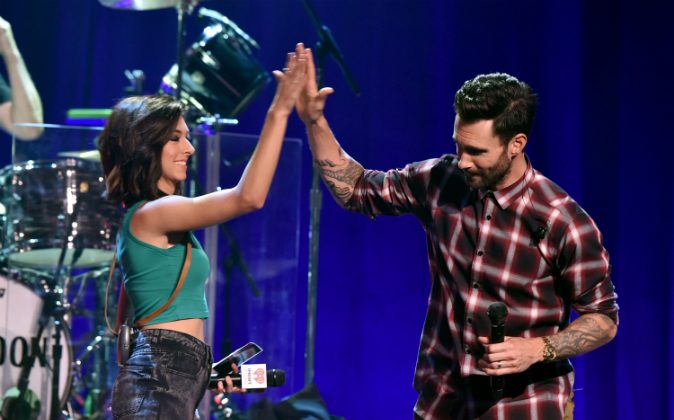 “I found out this morning, that Adam Levine personally called my mother and said he will pay for the funeral and her plane flight,” he wrote on Facebook. “And I was blown away.”

Levine served as Grimmie’s coach on the sixth season of “The Voice.” The 22-year-old placed third in the singing competition show and would go on to open for friend, Selena Gomez on the North American leg of the “We Own the Night” tour.

Christina Grimmie was shot and killed by Kevin James Loibl during an autograph session with fans after a concert in Orlando, Florida, on June 10. Marcus tackled the gunmen, who fatally shot himself.

Loibl traveled from St. Petersburg, Florida, to Orlando armed with two handguns, a knife, and additional magazines of ammo with the intent to kill Grimmie, police sources have said, adding that motives are not yet known.

Gomez’s stepdad and Grimmie’s manager, Brian Teefey, launched a GoFundMe page on June 11 to financially assist the Grimmie family. He said he considered Christina a “second daughter.” He has raised over $100,000 in 48 hours.

“Words cannot begin to describe the pain I am feeling,” Teefey said in the GoFundMe page. “I learned this business through the eyes of a father and Christina was like a second daughter to me.”

He continued, “All I wanted to do was assist (Grimmie) in achieving her musical dreams while protecting her from the pitfalls associated with the business. I never could have imagined this horrific event being one of the pitfalls needing to be avoided.”

The outpouring of support has left the older brother speechless.

“Words cannot express … literally I have no words,” he wrote. “I promise both my parents and I will read every one of these personalized messages. I’m so blown away by everything right now. But all I can say is thank you. And Christina will be missed and never ever forgotten.”