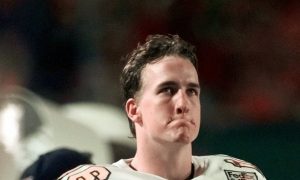 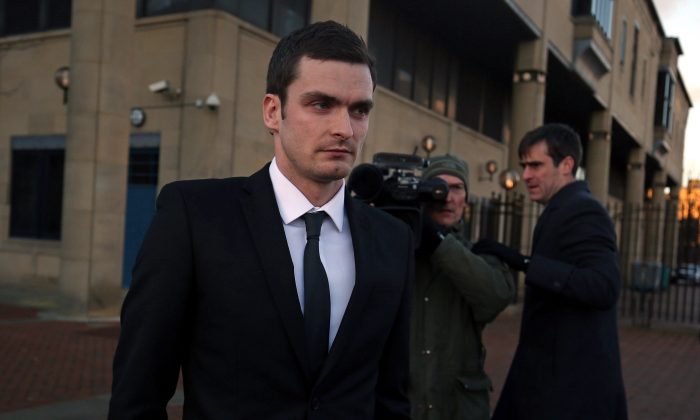 Former England soccer player Adam Johnson has been convicted of one count of sexual activity with a child and has been told that there is a “very high probability” that he’ll be jailed for a “significant” amount of time.

The former Sunderland FC winger was found guilty by a 10–2 margin after Judge Jonathan Rose said he would accept a majority verdict. Johnson was cleared of a second count though—oral sex with a child.

The 28-year-old Johnson admitted to grooming the 15-year-old girl and kissing her in his Range Rover, but denied the two more serious charges—one involving oral sex and another involving digital penetration. While he was found innocent of the former, he was ultimately found guilty of the latter.

Because Johnson denied the charge, the young victim was put through two grueling days of cross-examination last month, during which she regularly broke down in tears.

“It’s been the hardest year of my life” – statement on behalf of victim in Adam Johnson case https://t.co/HZWFLV8Dc4 https://t.co/Sv9SCMEVGU

The charges against Johnson stemmed from an incident on Jan. 30 of last year.

In a emotional statement released after the verdicts, Johnson’s young victim said the events leading up to the trial has been ‘the hardest year of my life’.

She said: “I’ve had to face so much abuse after he claimed his innocence. I was made out to be a liar, if anything, I held things back because I didn’t want all of this to come out.

“What happened in his car has turned my life upside down. I have lost all of my confidence. My school work has suffered.

“There are people out there who have made assumptions about me and that alone has been hard to deal with. I have been unable to defend myself publicly.”

Footballer Adam Johnson guilty of sexual activity with 15-year-old girl, after being found not guilty of one count https://t.co/gJ1BnTe5tm

After the jury gave their verdicts, Judge Rose said his preliminary view was that the case falls into the category of a prison sentence between four and 10 years.