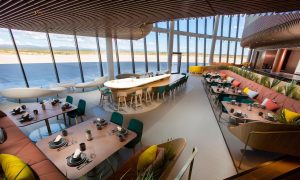 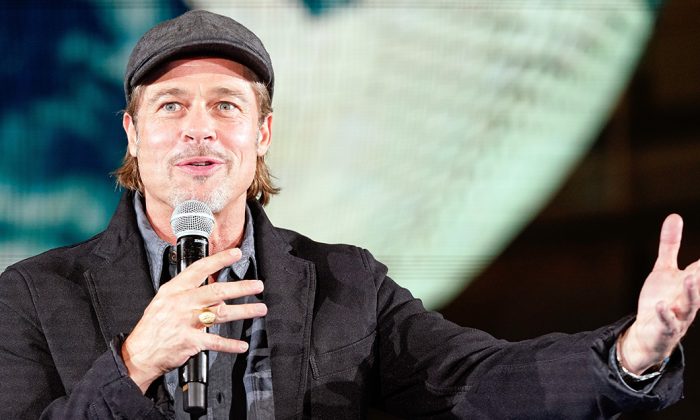 The lead actor in a soon-to-be-released space drama film will examine the experiences of astronauts who live and work in space on September 16.

Ad Astra Star Brad Pitt will appear on National Aeronautics and Space Administration (NASA) Television and its website at 11:35 a.m. East Coast time for a live interview from outer space.

The Hollywood heartthrob will speak with NASA astronaut Nick Hague about what it is like to live aboard the International Space Station.

“Incoming call from space,” NASA said on Twitter. “Tomorrow @AstroHague will call #AdAstra actor Brad Pitt to talk about what it’s like to live and work aboard the @Space_Station. Discover how we work with Hollywood to portray fictionalized accounts of space.”

For almost 20 years, astronauts have regularly lived and worked on the space station. They test technology, perform science experiments, and develop skills that could one day be used to explore the rest of the universe.

Some 60 crew members of Hague’s expedition recently enjoyed a preview of Ad Astra ahead of its officially scheduled Sept. 20 release in cinemas.

The movie shows Pitt playing an astronaut traveling to the moon, to Mars and other parts of the “lawless” solar system. His focus is to find his missing father—is a renegade scientist that’s feared to be a potential threat to humanity.

NASA provided some visuals and technical expertise for the film, which explores some aspects of present-day human spaceflight.

“We reviewed a script of Ad Astra early in production,” NASA Liaison for Film and TV Collaborations Bert Ulrich said in a statement. “Although there was no NASA storyline, we provided some of the exciting images and footage for the film especially of the moon and Mars.”

Ad Astra’s storyline also includes technology that has not been invented yet, making the plot seem more like science fiction than a reality television show.

“Sci-fi films like Ad Astra, the Martian, Interstellar, and Gravity take movie audiences out of this world incorporating some of NASA’s most inspirational photography and footage,” Ulrich said.

NASA revealed it is now preparing to send the first woman and next man to the moon in the year 2024 under the Artemis program. Following the landing, NASA will send astronauts to the moon about once a year after that and establish sustainable lunar exploration by the year 2028.

The agency also plans to return astronauts to the moon in the next five years with commercial and international partners. It hopes to send a suite of new science instruments and technology demonstrations to the moon using commercial landers.

After gaining experience from testing new systems on the moon like NASA’s space launch system rocket, Orion spacecraft, Gateway, and human landers, the agency will send astronauts to Mars.