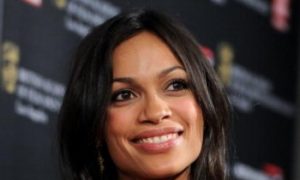 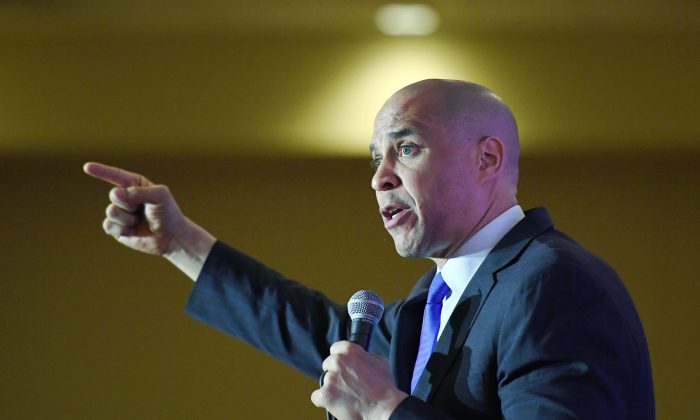 Actress Rosario Dawson is making it clear, that without a doubt, she’s endorsing Democratic Sen. Cory Booker, for president.

She is dating the 2020 presidential hopeful. “For the record, I, of course, endorse Cory Booker. Anyone writing otherwise clearly hasn’t been paying attention,” the actress tweeted on Monday.

The confusion came when an article was published last weekend in which Dawson was quoted as saying she is not endorsing Booker. The statement was taken when she was doing a promotional interview for her upcoming series “Briarpatch,” the actress said.

“Regardless of Cory, I wasn’t going to be behind any particular candidate this election … I really just want to be behind the electorate.”

The actress gained popularity after doing movies like 2002’s “Men in Black II.” She is also a politically active and has backed candidates like Sen. Bernie Sanders of Vermont. Dawson also co-founded Voto Latino, a nonpartisan group that encourages young Latinos to register to vote and to become more politically involved.

Booker served as mayor of Newark, New Jersey, from 2006 to 2013 prior to becoming the Democratic senator for the Garden State. In polls, Booker is behind about half of the top twelve candidates. In last week’s Yougov poll, Booker at 2 percent.

Booker acknowledged to the press at the recent convention in New Hampshire that his poll numbers aren’t notable but that it is early in the race.

Asked by Fox News why his polls numbers don’t reflect the enthusiasm at this event Booker said, “Thank God it’s not reflected. And I mean that seriously because we have never had a candidate who is ahead in the polls this far out who’s ever going to be president.”

“We know that the candidates that win from our party that energize the kind of movement elections we want to see are folks who were considered long shots at this point,” Booker said.

Booker thinks he has a solid chance at the nomination and was positive about his performance in July’s round of Democratic debates, “focus groups and some of the networks here said that I won.”

He continued, “We know that over time we are going to emerge as the nominee for this party. Polls have never been predictive this far out.”

Booker said the “kind of organizations you have on the ground” is more telling about your campaign’s ability to reach voters. Booker has a solid campaign team with an extensive network of staff on the ground in Iowa and New Hampshire.