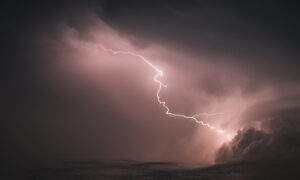 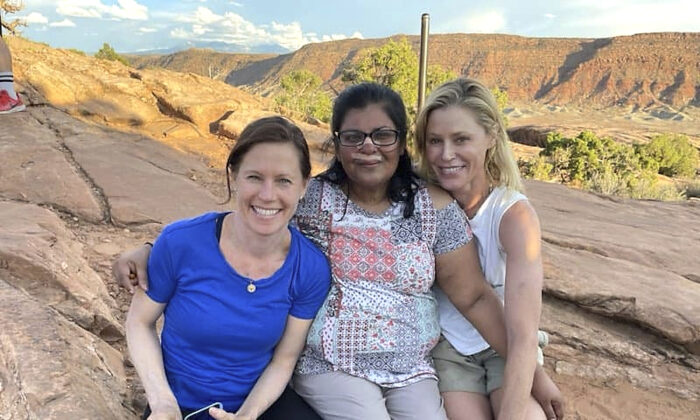 Actress Julie Bowen and her sister helped rescue a woman who fainted and hit her head on a rock in Utah’s Arches National Park last week.

In an Aug. 3 three-part post on Facebook, Minnie John of Oradell, New Jersey, said she had been on a “bucket list” trip to Arches and hiking to see Delicate Arch, a four-story sandstone arch perched on the rim of a deep red rock canyon, for an hour and a half when she could not go any farther. She told her husband and son to go ahead as she rested along the trail, her head in her hands.

“All I remember is sitting there with my head in my hands secure on the rock,” John wrote in the post. “Next thing I hear someone with a familiar voice kept asking me questions.”

Julie Bowen and her sister Annie told her that their guide had seen her fall face forward on a rock, with her glasses breaking her fall, she said. They cleaned her up and gave her electrolytes as Julie Bowen assured her she was going to be OK, John said. They used her phone to call her son and some people selflessly ran ahead to find him, about 20 minutes ahead, to let them know what had happened, John said.

John said she fractured her nose and received five stitches later at the hospital. She expressed gratitude to God for sending people to help her.

“Daredevil or dumb as can be, I still consider this trek up the mountain as one of my proudest achievements in my life. Sometimes you need to take those chances in life to live to experience heights and depths,” she wrote.