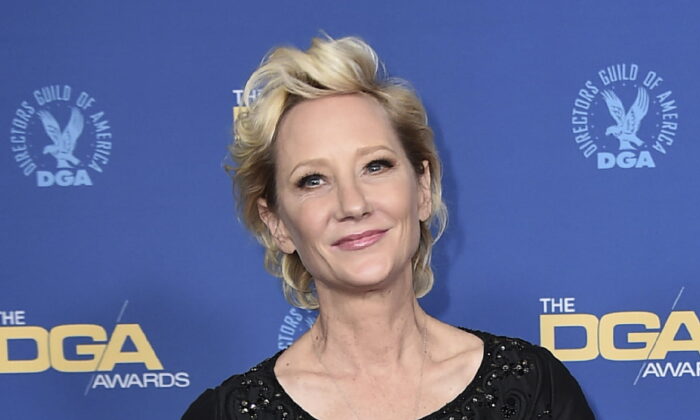 Anne Heche arrives at the 74th annual Directors Guild of America Awards at The Beverly Hilton in Beverly Hills, Calif., on March 12, 2022. (Jordan Strauss/Invision/AP)
US News

Actress Anne Heche, who has been hospitalized and in a coma since her fiery car crash in Los Angeles on Aug. 5, is not expected to survive, as her family prepare to take her off life support, according to reports.

Heche’s family thanked the actress’s supporters and hospital staff for the dedication over the last week.

“We want to thank everyone for their kind wishes and prayers for Anne’s recovery and thank the dedicated staff and wonderful nurses that cared for Anne at the Grossman Burn Center at West Hills hospital,” a representative for Heche’s family said in a statement obtained by Deadline.

“Unfortunately, due to her accident, Anne Heche suffered a severe anoxic brain injury and remains in a coma, in critical condition. She is not expected to survive.

“It has long been her choice to donate her organs and she is being kept on life support to determine if any are viable.

“Anne had a huge heart and touched everyone she met with her generous spirit. More than her extraordinary talent, she saw spreading kindness and joy as her life’s work—especially moving the needle for acceptance of who you love. She will be remembered for her courageous honesty and dearly missed for her light,” the representative said.

Emmy award-winner Heche, 53, was hospitalized after crashing her blue Mini Cooper into a house in the Mar Vista section of Los Angeles’s Westside shortly before 11 a.m. on Aug. 5.

After plowing the car into the property, the vehicle burst into flames and prompted a heavy fire that took nearly 60 firefighters more than an hour to put out, the Los Angeles Fire Department said.

The Fire Department’s official Twitter account noted that one person, who was critically injured, was rescued and hospitalized.

No one inside the home was hurt, according to multiple reports, and no arrests have been made. However, police are still investigating the circumstances of the incident.

Ohio native Heche rose to prominence for her Emmy-winning work on the NBC daytime television drama “Another World” from 1987 to 1991 and starred in a string of films including “Six Days Seven Nights,” “Wag the Dog,” “Cedar Rapids,” and “Donnie Brasco.”

She also starred in the HBO series “Hung.”