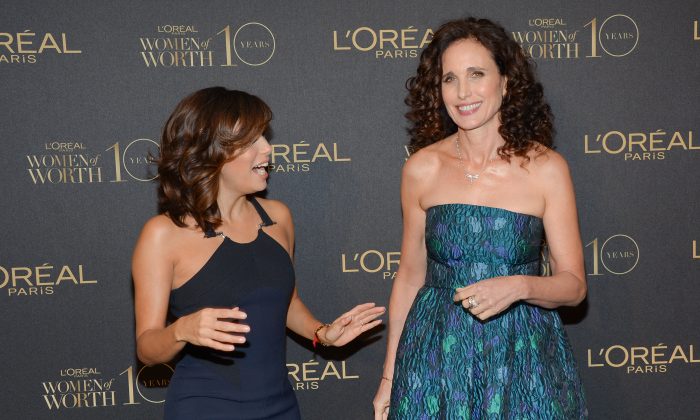 Andie MacDowell says she learned her lesson after receiving backlash after complaining of being bumped from first class on an American Airlines flight.

MacDowell says that she paid for first class, but “they put me in tourist [class] because of my dog that I pre-booked and paid for.”

She accompanied the text on Twitter with a picture of her with several nearby passengers.

It appears MacDowell was hoping to enlist American Airlines customer service, but instead received lots of attention from people who regularly ride in so-called “tourist” class.

“The horror!!! TOURIST class!! You shouldn’t be forced to sit with filth. You are above us,” said one Twitter user.

“Oh! poor baby. Forced to sit with the unwashed masses,” said another.

@AmericanAir HELP I paid for first class & they put me in tourist because of my dog that I pre-booked & paid for pic.twitter.com/KmKX4ZTQqj

MacDowell explained that she was upset because of a “rude” employee.

“There was no excuse why the guy would not just let me ask someone to change seats he had a power trip,” she said. “He said take the seat or don’t get on my plane I was there early to ask for help and from the moment I met him he was rude.”

She later responded to the critics.

“I’m very happy flying in coach I’m happy on a bus or the subway but if I play for first class, that’s where I want to be,that was the point,” she said.

“Lessons learned never,complain on Twitter & don’t pay for first class on American Airlines, only express gratitude…can we move on now.”