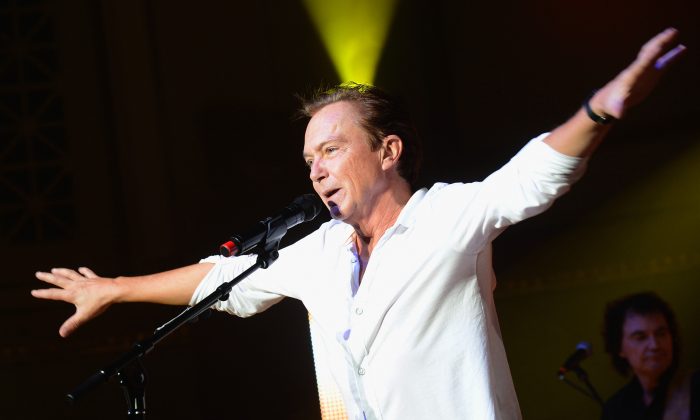 Former “Partridge Family” star and singer David Cassidy was hospitalized in Florida and is “currently conscious and surrounded by family,” CBS reported.

His brother, Shaun Cassidy, wrote on Facebook that the messages of support the star received “mean the world to all of us.”

David Cassidy stopped by our Power 99.9 studio in Cortland, NY in the early 90’s to promote his new album. I’ll never forget the end of the interview, when he said with a huge smile, “Thank you so much for not asking me any Partridge Family questions.” https://t.co/xw2IC7mMts

Cassidy, 67, went to the hospital due to kidney failure, a family spokesman said, and is in need of a liver transplant, People Magazine reported.

He’s in critical condition, but “he is conscious and surrounded by family and friends, nothing is imminent and we are taking it day by day,” publicist Jo-Ann Geffen told CNN.

Thinking of David Cassidy and of the days that all I thought about was when the new issue of Tigerbeat magazine would be on the newsstands. The 70’s were the best times of my life. Those were simple times, the best times. pic.twitter.com/iOuiRk1wCI

Earlier this year, Cassidy told People magazine that he’s been battling dementia, saying that the illness runs in the family.

“I was in denial, but a part of me always knew this was coming,” he said to People. “I want to focus on what I am, who I am and how I’ve been without any distractions. I want to love. I want to enjoy life,” he told the magazine, adding that he won’t tour anymore.

Cassidy rose to fame for his role as Keith Partridge in “The Partridge Family,” a 1970s sitcom about a mother and her five children who formed a rock ‘n’ roll band.

Cassidy in recent years has spoken about his longstanding addictions to drugs and alcohol. In 2015, he also filed for bankruptcy, and between 2010 and 2014, he was arrested on three DUI charges, according to the BBC.