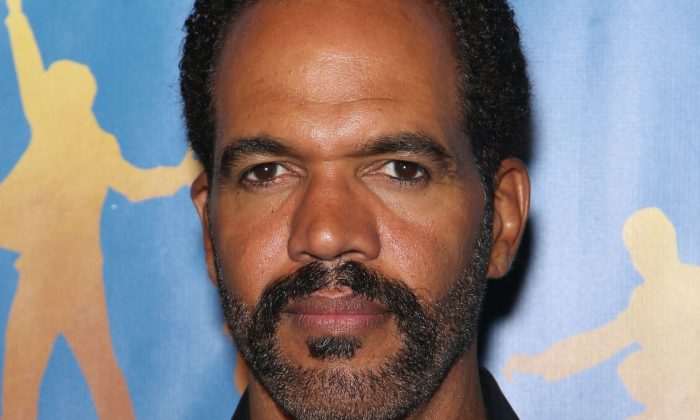 Kristoff St. John, a “Young and the Restless” actor who was found dead this weekend, tweeted about his son’s suicide less than two weeks before his death.

“Grieving the loss of a child is a process. It begins on the day your child passes, and ends the day the parent joins them,” one person wrote on Twitter.

“Never a truer word was spoke,” St. John tweeted in response. That was his last Twitter post. He added: “Thanks for posting this.”

Never a truer word was spoke. Thanks for posting this.

The soap opera star and his ex-wife Mia St. John’s son Julian died of suicide in November 2014 after struggling with mental health issues. At the time, he was found unresponsive at a California mental health facility.

“Our son was the light of our lives, an artist with a beautiful mind and spirit,” said Mia St. John, a former boxer, at the time of her son’s death.

She added: “He fought long and hard against an illness for which there is no cure. Unfortunately, the pain became too great for him and I dare not say he lost the battle — he simply chose to set himself free. My fight for mental health will continue. They may not find a cure in my lifetime, but we can try and prevent the loss of another beautiful soul.”

The Los Angeles County Medical Examiner-Coroner told USA Today on Feb. 4 that the elder St. John was found dead at his home on Sunday at the age of 52. An autopsy is scheduled for Monday. TMZ first broke the story on Monday.

The actor’s lawyer, Mark Geragos, issued a statement on Twitter about the matter.

“Few men had the unique strength, courage & sensitivity that @kristoffstjohn1 lived every single minute of every day. He impacted everyone he met and millions who he inspired and in turn admired him. On behalf of @MiaStJohnBoxer & @TheStJohnFamily thank you for all of your love,” he tweeted.

Few men had the unique strength, courage & sensitivity that @kristoffstjohn1 lived every single minute of every day. He impacted everyone he met and millions who he inspired and in turn admired him. On behalf of @MiaStJohnBoxer & @TheStJohnFamily thank you for all of your love pic.twitter.com/C5ladfILSD

St. John played Neil Winters on “The Young and the Restless” since 1991.

“The news of Kristoff St. John’s passing is heartbreaking. He was a very talented actor and an even better person,” the firms said in the statement to USA Today. “For those of us who were fortunate enough to work with him on ‘The Young and the Restless’ for the last 27 years, he was a beloved friend whose smile and infectious laugh made every day on set a joy and made audiences love him. On behalf of the Y&R cast and crew, CBS and Sony Pictures Television, we offer our heartfelt sympathy to his family and loved ones, especially his two daughters, Paris and Lola.”

In 2017, however, there were reports that St. John allegedly tried to kill himself. Those reports were slammed by Mia St. John.

“I want the world to know the truth about what is happening with Kristoff, because currently there is inaccurate, and fabricated information being reported by certain online outlets,” Mia told Entertainment Tonight at the time.

This Breaks my Heart: “Young and the Restless” Star Kristoff St. John Sadly Found Dead.
Kristoff played my Grandson on Roots2, I love this kid. He was a wonder kid, a great actor and an awesome man. I’d spoken with him recently. I’m just devastated! #RIP Beautiful soul, miss you! pic.twitter.com/Vevsvqq38f

She added: “No parent should ever have to bury their child, and for those who do, it is a nightmare that haunts you forever. The death of our beloved son Julian, has taken a toll on both of us. He is an actor and while he may appear whole on the outside, his heart is broken. As a society we need to start taking mental health seriously and realize that no one is immune.”

“Last week, an incident occurred, that pushed him to the breaking point, but was not accurately reported,” she then stated. “I hope that at this moment we can all wrap our arms around Kristoff and help him in this time of need. Help him heal and move forward. This is not a ‘gossip’ story, or an interesting headline, this is a man trying to deal with a tragedy, that has torn apart his soul. Right now what he needs is your thoughts and prayers.”