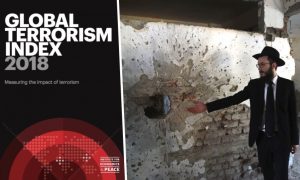 “So sorry to post the very sad news of my father’s passing tonight. He died peacefully and was surrounded by his family and loved so much by us and so many others,” his son, Rick Brown, wrote, reported EW.com.

“Jed Allen walked on today. Along the way in his fantastic acting career, he played Eden’s father—CC Capwell—on Santa Barbara. His gift was a formidable blend of professionalism and inspiration—a perennial rock in his preparation and a force of nature once the cameras rolled. He was also generous and kind and funny and fierce, and God knows he was beloved by those lucky enough to share a stage with him. I count it one of the great blessings of my career that I got to be one of those, and one of the great blessings of my life that I got to be his friend,” another soap opera star, A. Martinez, wrote on Facebook.

Zeiring also paid tribute to Allan on Instagram. “So sad to hear we’ve lost another 90210 castmate. I had the pleasure of working with Jed Allan from 94 to 99. He played Rush Sanders, Steve’s father. Such a great guy to work with, he will be missed,” he wrote.

His death was also mourned by The Bay, a series on which he had appeared.

“In loving memory of the great Mr. Jed Allan. We send our deepest condolences to Mr. Allan’s close loved ones. It was quite an honor to have him appear in the ‘special guest star’ role of Harold Johnson on The Bay,” read a tribute from the show, People magazine reported.

He is survived by three sons.