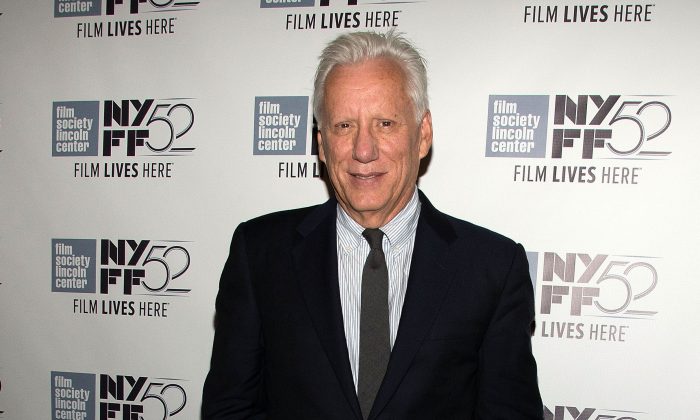 An 84-year-old veteran and beloved grandfather recently passed away in Arkansas but his family didn’t have the Navy uniform he wanted to be buried in. In desperation, his granddaughter took to Twitter to ask for help.

The granddaughter Jordan Greening replied to a tweet by outspoken conservative actor James Woods on the evening of Dec. 10 and bravely told her story.

“James Woods? Please help! My grandfather passed away Sunday. He is a retired, disabled veteran who served our nation for almost 20 years in wartime and peacetime honorably in the Navy. We cannot get him a Navy uniform gifted anywhere. It’s what he wanted to be buried in,” she wrote.

James Woods replied on the morning of Dec. 11 and linked to his friend and fellow actor Gary Sinise who is heavily involved in veterans support.

“I’m not sure how this works. I’m hoping my friend @GarySinise at the @GarySiniseFoundation might have some answers. Followers?” Woods wrote.

I’m not sure how this works. I’m hoping my friend @GarySinise at the @GarySiniseFoundation might have some answers. Followers? Anybody know how the Navy’s protocol on this, please? https://t.co/qsZfVp9CQJ

Sinise then replied to Woods by text just a few minutes later, and Woods posted a screenshot of his reply.

“Jimmy, I’m down in Orlando for our big Snowball Express event for Gold Star Children and saw your tweet about the Navy uniform. I’ve passed it on to a few folks to look into. … Hope they can help.”

I’m taking the liberty of posting a screen grab of @GarySinise’s immediate response regarding our Navy vet’s funeral request. Honestly Gary is one of the very finest civilian Americans out there… pic.twitter.com/ZxysumSyPV

Meanwhile, countless followers and friends offered to help or tweeted suggestions about possible ways of finding the Navy uniform, including contacting the American Legion, Veterans Department, or the Navy Secretary directly.

Unfortunately, time was running out, and the funeral home needed the uniform by noon on Dec. 12. Although the family was still missing the insignias, the pants, and pins from the uniform by the deadline, supporters made sure Powell Orlando “Cotton” Greening was at least dressed in the hat and jacket that he had requested.

At my grandfather's visitation….😭💔 In memory of my grandfather Powell Orlando Greening. I love you Papaw. I miss you. #UnitedStatesNavy #20yearsserving #WartimeAndPeacetime 🇺🇸 pic.twitter.com/o3BJXTxHfl

Greening died on Dec. 9, according to a GoFundMe page set up by the family. He was born in 1935 in Camden, Arkansas, and was a Navy veteran who served as Two Bayou Volunteer Fire Department Chief and Constable of the Bragg Township for twenty years.

“Everywhere he went, Powell was recognized for his widely admired, handsome, and distinct handlebar moustache. His sense of humor, sass, and stubborn personality were a highlight to many,” states the website.

He was survived by two sons, a grandson, and two granddaughters, including Jordan Greening.

“He courageously, passionately, and devotedly served his country in both wartime and peacetime. He was active for nearly twenty years in the military and was a true patriot with great love for his country,” according to the website.

The granddaughter made sure to take the time to thank everyone for their help in honoring her grandfather, especially Woods and Sinise.

I am so beyond grateful, thankful, humbled, as well as honored by the help of many, on twitter, in trying to get my grandfather a Navy uniform. A special thanks to @RealJamesWoods and @GarySinise! Words cannot begin to express how you have blessed my family and I.

“I am so beyond grateful, thankful, humbled, as well as honored by the help of many, on twitter, in trying to get my grandfather a Navy uniform. A special thanks to @RealJamesWoods and @GarySinise! Words cannot begin to express how you have blessed my family and I,” she wrote.

Father Shows Son there are Consequences for Being a Bully