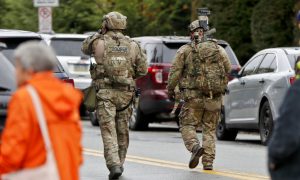 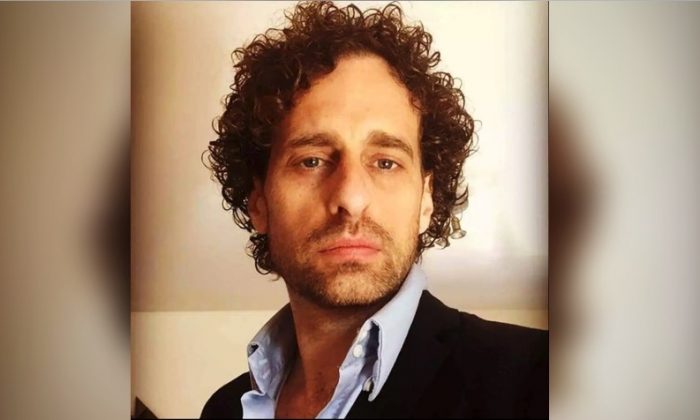 An actor who died after police said he “forced himself off a bridge” posted a rambling apology to President Donald Trump and the QAnon movement before his death.

Isaac Kappy, 42, died on May 13 in Bellmont, Arizona, reported TMZ.

The Arizona Department of Public Safety confirmed his death as an apparent suicide.

Arizona Department of Public Safety spokesperson Bart Graves wrote in a statement cited by PEOPLE that the actor had “forced himself off the Transwestern Rd. bridge onto Interstate 40.”

After falling onto the I-40, Kappy was reportedly hit by a Ford truck.

“We don’t know why Mr. Kappy took his own life,” Graves wrote in an email cited by TMZ.

Several people tried to restrain him from jumping but failed.

No one else was injured in the incident.

“See the light in others … This lesson has come too late for me, but perhaps it can inspire you. I will be using the remainder of my time on earth to atone for my transgressions, and to seek the light within, in others and myself,” he wrote.

Everything you need to know about Isaac Kappy, the actor who ‘threatened Paris Jackson and Seth Green’ https://t.co/FgWhcygJT5 pic.twitter.com/DGIVNIgzeZ

The troubled actor also apologized to Trump and included numerous references to the QAnon movement, writing, “While I supposedly wanted to make America great, I have not put much work AT ALL into making MYSELF great … To the Q movement, I am so sorry I have brought shame upon the greatest military operation of all time … Q says they give people enough rope to hang themselves, and I have hung myself. I have told people in the Trump administration that I am willing to admit to my many crimes in a public setting, and committed to execution, in a public setting.”

Kappy also apologized to Jesus, saying, “you offered so much, and instead of reveling in your wisdom, I used my attention on darkness.”

If you or someone you know is showing signs that they might be considering suicide, the National Suicide Prevention Lifeline is available 800-273-TALK or go to suicidepreventionlifeline.org. Texts can also be sent to The Crisis Text Line at 741741.

The best way to help a loved one who seems at risk of suicide is to help them seek out professional help.

According to the American Psychiatric Association, there are many psychiatric symptoms indicating a risk of suicide.

Below are 5 general indicators to be aware of, as reported by The Epoch Times’ Catherine Bolton:

This may not always come in a clear form. Visible cutting is usually an easy-to-spot sign of self-harm, but it’s not always done as a cry for help. For some, actions like cutting or other forms of physical self-abuse are done in an attempt to distract from mental anguish by replacing it with a manageable, more distracting form of physical pain. If a loved one is trying to transfer their pain from their brains to their bodies, they may fear judgment more than the risk that self-harm can cause—and in those cases, the self-harm is often hidden.

Keep an eye out for anything that seems physically amiss. If a loved one starts to cover their body with sweaters and long pants, particularly if it seems out of character or season, or they seem to be concealing something, it may be time to have a talk about what’s causing the changes.

Depression can cause a myriad of mental distortions. As one author wrote, even the periods of time when the “fog lifted” made it difficult to tell whether their depressed state or uplifting state was their true reality; they never knew whether their depression was their mind lying to them or their cheerful periods were all just a ruse.

When a loved one is planning to commit suicide, they often stop spending time with others. That may be due to the exhaustion caused by their depression, but could also be their way of trying to ease the heartbreak that they know their death will cause others. Suicide, as described by patients with depression, isn’t wanting to die—rather, it’s not wanting to be alive anymore. So when someone starts to pull away, try to reach out and keep them engaged. Don’t let them forget about their will to live.

Most people associate depression with only anti-social attitudes and sad, withdrawn behavior, but manic-depressive disorders can be just as harmful to an individual’s mental state—and can often cause suicidal thoughts and behaviors when a loved one is experiencing a period of severe lows after experiencing great highs.

If a loved one seems to be acting out of character—spending a lot of money, taking risks you wouldn’t normally expect from them, or bouncing between ideas aggressively—and then going through periods of withdrawal in between, don’t simply assume they’re acting quirky. They could be dealing with manic depression, or they could simply be trying their best to pull themselves out of the depression by aggressively seeking out joy. The chemical imbalances that cause these behaviors aren’t something a loved one can overcome on their own, and they’ll need your help to identify the problem and seek professional help before they harm themselves.

Other times, though, it can be caused by the absence of fear that a suicidal individual experiences. They may want to spend their money before they die, or give someone a gift. They may want to experience things that they had always been too afraid to, or they may be desperately seeking out a way to feel happy again.

Whether a loved one is no longer afraid of consequences or trying to find their way out of the darkness, always keep an eye out for behaviors that appear to be out of the ordinary. If a meticulous planner starts to fly by the seat of their pants, it may be time to sit them down and talk.

There can be other factors that cause someone to behave recklessly, but there’s rarely a good reason behind this kind of change. Even if a loved one isn’t contemplating suicide, they’ll almost certainly benefit from hearing from you if they’re engaging in dangerous, reckless behaviors like this.

Disclaimer: The above information about suicide prevention is for informational purposes only and is not a substitute for professional medical advice.