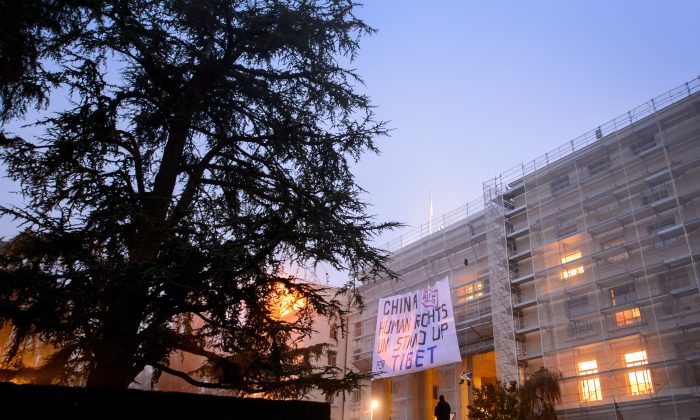 NEW YORK—China is not fit to be a U.N. steward of human rights, say activists. A seasoned U.N. human rights campaigner says the activists might be able to thwart China’s bid to rejoin the U.N. council.

On Nov. 12 the 193 members of the United Nations will elect 14 new members to the U.N. Human Rights Council (UNHRC). China is one of five Asian nations competing for four Asia-region seats on the council in the upcoming term.

In the past, activists have swayed council selection by targeting one country, said Lawrence Moss, who has run several such campaigns for Human Rights Watch in the past.

Speaking at a panel discussion Nov. 5 at the Church Center for the U.N., Moss cited the examples of Iran, Syria, and Belarus, all of which pulled out or lost the vote because of pressure by activists. Moss now heads the human rights program at CUNY’s Hunter College.

The council’s job is to protect and promote human rights across the globe. Yet several member nations are well-documented human rights violators. For an egregious violator of human rights such as China to be elected to the council would “ensure abuse of the U.N. human rights system,” said Uyghur activist Rebiya Kadeer, who wants to stop China’s bid.

“To allow China to become a member [of the UNHRC] is to allow a wolf to take care of the sheep,” said Kadeer, echoing a similar sentiment of another activist Yang Jianli.

Human rights violations perpetrated by the Chinese communist regime have been well documented by the U.S. Department of State.

On Oct. 22 in Geneva, Acting Assistant Secretary for Democracy, Human Rights, and Labor Uzra Zeya chastised China during its universal periodic review of human rights in that country.

The State Department has criticized China for its severe repression of freedoms of speech, religion, and association, particularly of specific ethnic and religious groups including Uyghurs, Tibetans, house Christians, and Falun Gong practitioners.

When one of the five permanent members of the U.N. (of which China is one) wants to get elected to a U.N. body, it generally gets what it wants, said Moss. But of the upcoming election, Moss said he’s not sure China will succeed.

Speaking to the activists, Moss said “It’s great that there is a competitive election … the alignment is such that you could win.”

Five countries are competing for the seats: Jordan, Maldives, Vietnam, Saudi Arabia, and China. With only four seats, one will be left out.

Moss said that Maldives and Jordan are both favored and have successfully lobbied other nations in past elections. The loser is more likely to be Vietnam, Saudi Arabia, or China. Nations concerned about human rights in China could still be influenced, said Moss.

Moss said the human rights council elections are done by secret paper ballot, so countries unwilling to outwardly oppose China could still be convinced to do so privately.

Lobbying by the powerful 56-state bloc of Muslim countries, the Organization of the Islamic Conference, will likely favor Saudi Arabia over China. According to Kadeer, the group has expressed concern about the condition of Muslims in China’s northwest and likely will not support China’s bid.