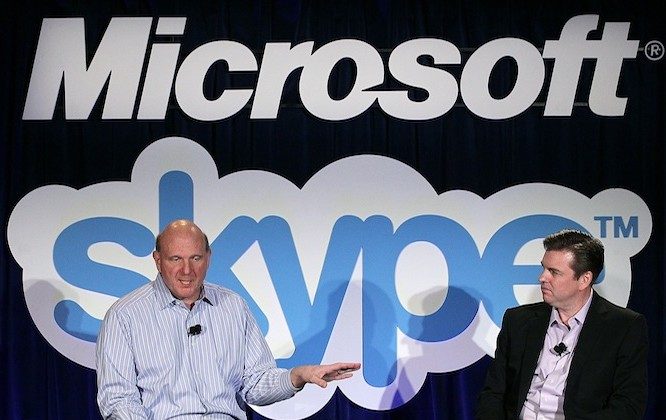 Privacy groups have sent an open letter to Microsoft, the owner of Skype, over how much data its popular chat and voice-over-IP programs give to third parties, including governments and Chinese provider TOM Online.

“Many of its users rely on Skype for secure communications—whether they are activists operating in countries governed by authoritarian regimes, journalists communicating with sensitive sources, or users who wish to talk privately in confidence with business associates, family, or friends,” reads the letter, which was co-signed by dozens of organizations and individuals, including the Electronic Frontier Foundation, Reporters Without Borders, Global Voices Advocacy, GreatFire.org, and others.

They are calling on Microsoft to disclose if third parties can intercept Skype calls and want clarification on how the program interacts with the United States’s wiretap laws.

The letter points out that Skype, which was acquired by Microsoft in 2011, has 600 million users, essentially making it one of the world’s largest telecommunications companies.

“It is unfortunate that these users, and those who advise them on best security practices, work in the face of persistently unclear and confusing statements about the confidentiality of Skype conversations, and in particular the access that governments and other third parties have to Skype user data and communications,” the letter reads.

The groups are calling on Microsoft to publish a regular transparency report, similar to what Google or Twitter have done in previous years.

The report would include “data regarding the release of Skype user information to third parties disaggregated by the country of origin of the request, including the number of requests made by governments, the type of data requested, the proportion of requests with which it complied — and the basis for rejecting those requests it does not comply with.”

The authors also want to know the details of Skype’s relationship with TOM Online, a Chinese Internet company that hosts a Chinese regime-approved version of Skype, likely out of concern that the firm hands over its users’ data to authorities, who could then intercept their calls.

“TOM, like every other communications service provider operating in China, has an obligation to be compliant with local laws if they are to be able to operate in China at all,” reads a blog posting from Skype.

The proposed report would also include details about user data that Skype and Microsoft collect, the company’s understanding of what third-parties or potential hackers could intercept or collect, and its “interpretation of its responsibilities under the Communications Assistance for Law Enforcement Act and in response to subpoenas and National Security Letters.”