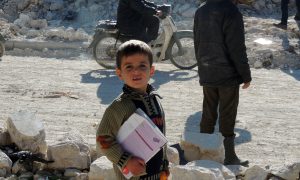 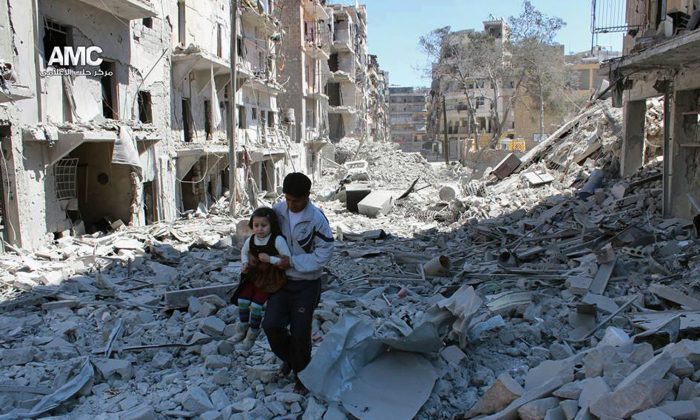 In This April 21, 2014, photo, provided by the anti-government activist group Aleppo Media Center (AMC), which has been authenticated based on its contents and other AP reporting, shows a Syrian man holding a girl as he stands on the rubble of houses that were destroyed by Syrian government forces air strikes in Aleppo, Syria. (AP Photo/Aleppo Media Center AMC)
Middle East

BEIRUT—Activists in the northern Syrian city of Aleppo say rebels have advanced into a government-held neighborhood, a claim denied by state TV.

The reported push into Khaldiyeh neighborhood on Thursday came a day after insurgents captured the eastern neighborhood of Rashideen from troops and pro-government gunmen.

State TV denied the claims and aired a report from Khaldiyeh. It had earlier denied the capture of Rashideen without providing any proof.

Aleppo, the country’s largest city and former commercial capital, has seen heavy fighting since rebels seized part of the city in 2012.