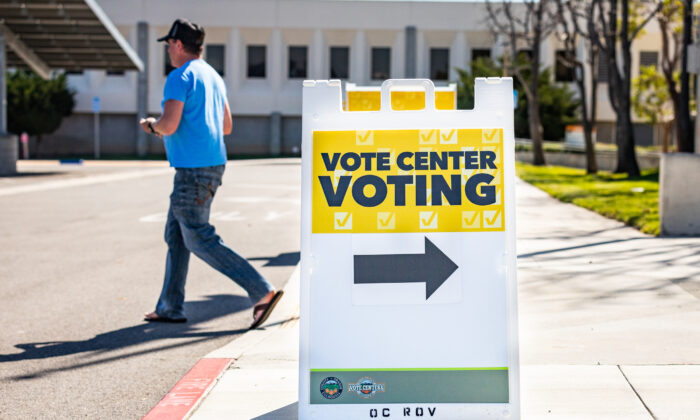 As COVID-19 restrictions ease, members of an initiative to reject affirmative action in California gathered to celebrate their November victory fighting race-based preferences in the public sector.

Proposition 16 would have allowed diversity to factor into public employment, education, and contracting decisions by amending the California Constitution to remove the current ban on affirmative action that prohibits the consideration of race, sex, ethnicity, and gender by government and public institutions.

In Lake Forest, a panel speakers addressed an audience March 20, saying although the team won its most recent battle on affirmative action, the war is still ongoing.

“We’re engaged in a modern-day civil war,” Ward Connerly, president of “No on 16,” said during the meeting. “We are really now at a stage where we’re fighting to determine what structure American life is going to be.

“Our landslide victory over Prop. 16 last November shows that Californians believe in equality for all, not racial preferences or racial grievance.”

Betty Tom Chu, the co-chair of No on 16, said “Proposition 16 is a racist measure with immediate racism clearly targeted at Asian Americans.”

Marc Ang, founder of Asian Industry B2B and moderator of the event, said: “The left was giving us a false definition of what it means to be equal.”

“They want equal outcomes and that’s just impossible we want equal opportunities for everyone,” Ang said.

Connerly—a keynote speaker at the event—was born in 1939 in segregated Louisiana, knowing firsthand the product of racial discrimination.

He brought up the modern day “civil war” which one side consists of institutionalists that believe in the structure given by the founding fathers.

“We are defined by our love of liberty and the dedication that we have to the principle of equality,” Connerly said.

Connerly said it was the founder’s intent to create equality of opportunity and allow for individuals to be rewarded for their efforts.

He said affirmative action “is a racist way of thinking and we have to defeat it.”

“It is more than a temporary threat to our way of life. It’s the one thing that can bring down that which we love in this great country of America,” Connerly said.

“We will fight within the framework of the system to ensure that the principles that we embrace, that we defended at this most recent election involving Prop. 16, remain in place.”