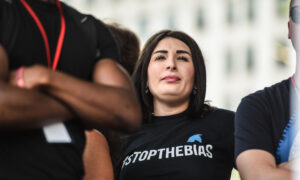 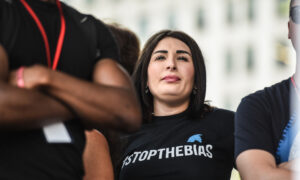 Laura Loomer: The Phoenix Rising From the Tech Giant Ashes
0 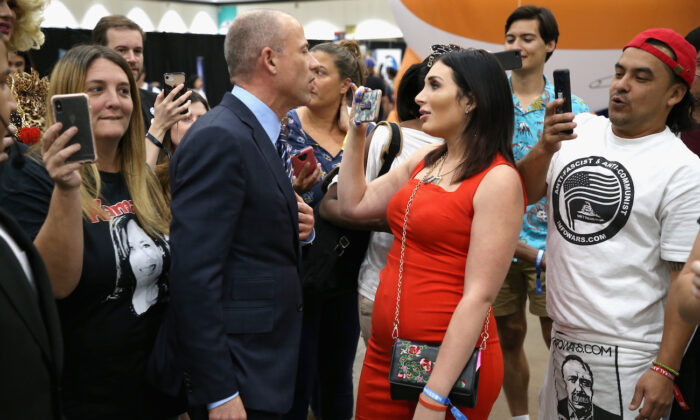 Laura Loomer holds up a phone at an event in Los Angeles, Calif., on Oct. 20, 2018. (Phillip Faraone/Getty Images for Politicon)
2020 Election

Political activist and journalist Laura Loomer won the nomination for a seat in the U.S. House in Florida in the Republican primary on Tuesday.

Despite being absent on three of the largest social media platforms on the Internet due to indefinite bans—Facebook and its subsidiary Instagram, as well as Twitter—the 27-year-old rose to victory ahead of five other Republican opponents to win the Republican nomination for Florida’s 21st Congressional District.

The other Republican candidates were Christian Acosta, Elizabeth Felton, Aaron Scanlan, Reba Sherrill, and Michael Vilardi. With more than 33,900 votes in, Loomer led with 42.5 percent of the votes.

Florida’s 21st Congressional District is home to President Donald Trump’s Mar-a-Lago club and is currently represented by incumbent Democratic Rep. Lois Frankel, who was most recently reelected in 2018.

Trump congratulated Loomer for the win late Tuesday, writing on Twitter: “Great going Laura. You have a great chance against a Pelosi puppet!”

In response, Loomer said in a video message, “Mr. President, it’s an honor,” adding that she is looking forward to flipping the seat.

“I’m going to fight for you, I’m going to fight for America, and I’m going to help the Republicans take back the House,” Loomer added. “Well, I don’t think these Democrats know what’s coming their way but I am headed to Washington to provide you with some firepower and reinforcements, Mr. President. I look forward to meeting you soon next time you’re back in Mar-a-Lago district.”

Loomer, originally from Tucson, Arizona, announced her run for Frankel’s seat on Aug. 2 and is now set to challenge the Democratic incumbent on Nov. 3.

Loomer previously worked at Project Veritas and Rebel Media as a journalist. She has since created her own media company as an independent journalist. As a journalist she is mostly known for confronting individuals via livestream interviews. According to her campaign website, some of the people she has confronted on camera include Hillary Clinton, Chelsea Clinton, Huma Abedin, James Comey, Maxine Waters, Ilhan Omar, Rashida Tlaib, Alexandria Ocasio-Cortez, Michael Avenatti, Tim Kaine, Linda Sarsour, Alyssa Milano, and former DNC chair Keith Ellison.

The Jewish conservative has in recent years attracted attention for a number of stunts and confrontations, which include bringing men she said were illegal aliens onto the California property of House Speaker Nancy Pelosi (D-Calif.), and confronting Rep. Ilhan Omar (D-Minn.) over accusations that the Somalian immigrant married her brother for immigration fraud purposes. For the latter move, Loomer was banned by Twitter in November 2018.

Facebook and its subsidiary Instagram in May 2019 also banned Loomer’s accounts, along with the accounts of a number of other individuals for violating the company’s policies on “dangerous individuals and organizations.”

According to her campaign website, she is “banned on nearly every single social media platform, including Facebook, Twitter, Instagram,” as well as other online platforms such as Uber, Lyft, Uber Eats, PayPal, Venmo, GoFundMe, Medium, and TeeSpring. The campaign noted that “even Chase Bank shut down her access to her online banking!”

Loomer has been accused of using hate speech and being non-compliant with rules of various websites.

“For simply being a voice for the silent majority, and mostly for being a Trump supporter, I was banned on every single social media platform,” Loomer said in a campaign video published in October 2019. “Fighting censorship is just one of the many reasons I’m running for Congress.”