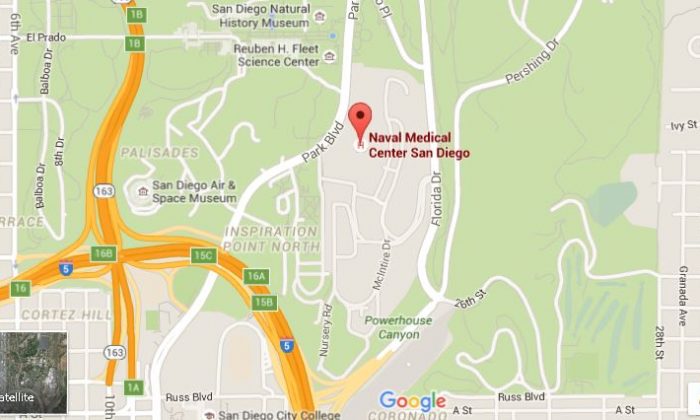 An “active shooter” alert has been issued for personnel at the Naval Medical Center San Diego.

UPDATE: The Navy said it found no sign of a gunman or a shooting.

The alert was issued by the center on its Facebook page around 8:10 a.m. local time Tuesday.

“**!ATTENTION!** An active shooter has just been been reported in building #26 at Naval Medical Center San Diego. All occupants are advised to run, hide or fight. All non-emergency response personnel are asked to stay away from the compound, located at 34800 Bob Wilson Drive, San Diego, CA 92134.”

The San Diego Police Department confirmed to NBC that officials at the center reported that shots were fired in the facility.

San Diego police spokesman Officer Travis Easter told Reuters that police had received a report of a shooter from officials at the medical center, but that they had not requested any assistance and so no officer had been sent to the scene.

The NMCSD said in a later statement that a single witness said they heard three shots in the basement of building 26, prompting a lockdown and investigation.

The personnel deploy to countries around the world, including Iraq, Afghanistan, and Kuwait.