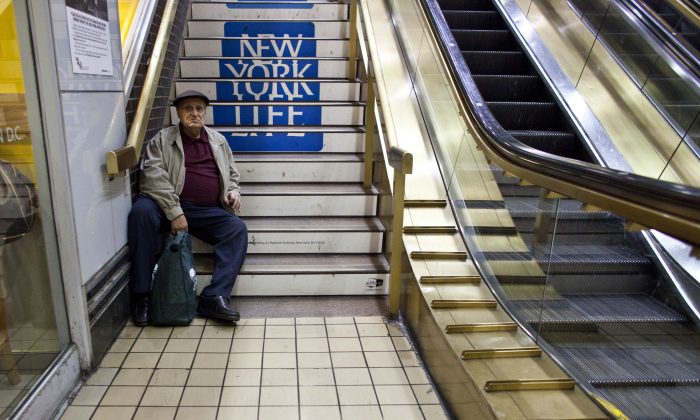 NEW YORK—Mayor Michael Bloomberg and his administration have long championed encouraging people to be more active to fight obesity, and several new active design initiatives aimed at furthering that goal.

The mayor said on July 16 that he plans on submitting two pieces of legislation to the City Council to make stairways more visible and easier to find in all new buildings, and buildings undergoing major renovations. The first would require buildings to have at least one clearly visible stairway, with signs posted near elevators encouraging stair use. The second would change the fire code to let building owners install hold-open devices, (devices that automatically shut doors in emergencies), in buildings without going through a complicated permissions process.

“Physical activity is one of the most important parts of a healthy lifestyle,” and it helps fight obesity, said Bloomberg at a press conference at Manhattan’s New School.

“The issue is not having access, it’s making it more attractive,” said Bloomberg. “We have to make it cool” to use the stairs and exercise in general, he said.

Bloomberg said he uses the stairs rather than elevators in buildings he’s familiar with, including his five-story Upper East Side home.

The newly announced initiatives include the creation of a new nonprofit, the Center for Active Design, which promotes changes to buildings to fight obesity and other chronic diseases. The center, a public–private partnership, comes from a recommendation from the NYC Obesity Task Force, and will in part provide technical support for building designers across the city.

The New School, which has campuses across Midtown, is using active design principles in the construction of its new university center on Fifth Avenue, between 13th and 14th streets. Students will be moving into the building in September, said Joseph Gromek, chair of the school’s board. The building’s design focuses on stairs rather than elevators as the usual way of getting around.

The new building’s elevators will skip some floors during non-peak times, said Roger Duffy, design partner at Skidmore, Owings & Merrill, the building’s design firm. The building’s stairway has full glass on three sides, which gives people using it a new view of the city at every level, said Duffy.

Active design, depending on the building, doesn’t cost much more than regular design, said David Burney, commissioner of the Department of Design and Construction, and chair of the center’s board. Active design documents and guides are available for free to download at the center’s website.

Using stairs regularly lowers people’s risk of stroke, among other health benefits, said Dr. Thomas Farley, commissioner of the city’s Health Department. A department study found that in three buildings with signs pointing people to use the stairs, a larger percentage of people did use them.