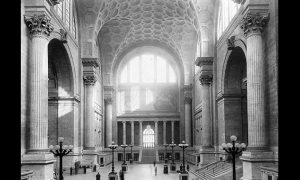 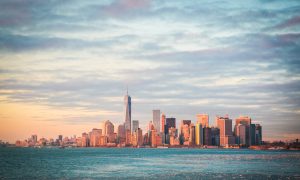 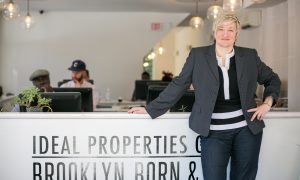 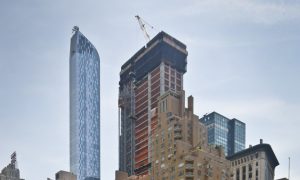 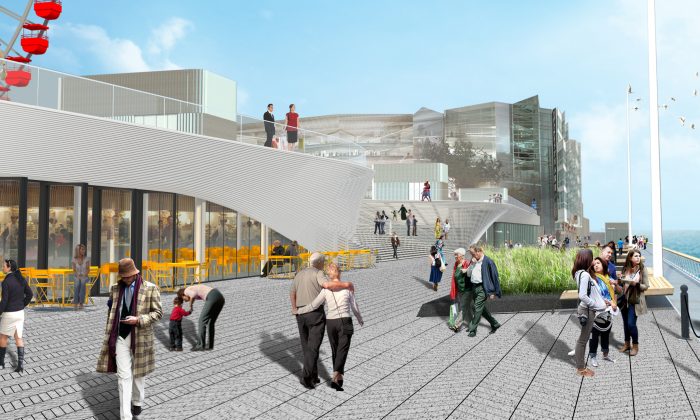 As cities evolve and attract more and more people, the visible aspects become increasingly important. Now, more than ever, urban areas like New York City are turning to design not just to enhance, but also to solve problems.

Over the past 12 years, mayor Michael Bloomberg’s administration pushed major developments to transform the landscape and waterfronts, rezoning over 30 percent of the city. Large-scale design and landscaping solutions have proved critical to changing the faces of long neglected sites like Kingsbridge Armory in the Bronx; Hudson Yards on Manhattan’s West side, which had been the city’s largest remaining undeveloped site; and the $3 billion Willets Point project next to Citi Field in Queens.

“There’s a lot of interest right now in cities. A lot of discussion about cities being our best bet in terms of sustaining our future, and how mayors are now able to affect outcomes of our futures more than state or federal level governments across the world,” said Eric Bunge, co-founder of nARCHITECTS—the firm that won Bloomberg’s adAPT NYC microhousing competition. Bloomberg, incidentally, is exporting his success to other cities across the country after he leaves office. In a self-backed organization, Bloomberg Associates, he aims to share his experiences and improve local governments.

Bunge co-founded the Brooklyn-based nARCHITECTS firm in 1999 with Mimi Hoang. He thinks in the future architecture can go much further in solving urban problems for cities.

“[Currently], architecture usually only looks at buildings, and I think that’s a problem,” Bunge said. “We’re always trying, to some extent, to address the city, address larger socioeconomic or macroeconomic issues.”

Bunge said the firm, which is currently working with New York City’s Parks Department on four projects, always tries to socially activate a space—to create interactions between people through design.

“I think when you make spaces where people stop, and not just continually move, it creates value in a city,” Bunge said. For example, creating a space where people want to linger is crucial to successful retail or dining corridors.

Another project under construction is the redesign of the Chicago Navy Pier, Illinois’s biggest tourist attraction, led by  High Line co-designer James Corner Field Operations. The firm designed a huge, grand staircase to draw people in and invite them to stay and pass through the attractions.

“If you create a space for interaction, other things will come—like retail opportunities—increasing the intrinsic value of spaces,” Bunge said.

It’s a trend cities like New York are pushing, and residents seem to be responding to it well. According to a study released by the American Institute of Architects on Dec. 16, Americans’ preference for walkable, mixed-use developments increased from 45 percent in 2012 to 58 percent in 2013.

Like developers, Bunge said his firm is interested in creating spaces that attract people and have variety, and are also economical and buildable.

“I think architecture has an impact, if we can become more and more aware,” Bunge said.

Because mandates for architects usually don’t go beyond asking for the design of a building or space, Bunge said nARCHITECTS takes the extra step to contribute to cities “by turning design problems on their head” to find out what is really needed.

Upstate, nARCHITECTS designed a linear park for Buffalo, although the competition had not been for a park, but to find a way to place art on a large medical campus. Bunge said that, looking at the root problem, they proposed the park to solve social problems, and create a happy environment and more green space.

Likewise with the Wyckoff House Museum in Brooklyn, next to the state’s oldest house, nARCHITECTS felt it was important to design a space for interaction, though it hadn’t been the main goal.

“It’s a portal so you could pass through the building,” Bunge said. They designed an accessible roofed area on the street with a view to the old house that could be used for programming and children’s activities when construction is completed.

“I think for every project you take a healthy step back and try to figure out what is the real root problem for the end user, which may not only be the clientele but may be the wider public,” Bunge said.

Of course there are barriers. For any one project, the architect is only one part of the discussion.

For example, the firm was given a lot of attention after winning Mayor Michael Bloomberg’s adAPT NYC microhousing competition. Monadnock Development approached the firm and is working in collaboration with the Actors Fund Housing Development Corporation.

nARCHITECT’s winning design, MyMicro NY, will break ground early next year to create 55 units, but concerns have been raised about prices. Some wonder whether regulations for smaller units will bring down the skyrocketing rental rates in the city, or just provide other developers the opportunity to charge more for less.

As Bunge has said many times, he and Hoang decided to participate when they realized they could leverage the opportunity to create a humane unit that would hopefully serve as a prototype for the city.

“It’s just one tool in a kit of many, many tools to address affordability,” Bunge said. “If we don’t fix the mismatch between the actual housing stock and the actual demographics, our cities don’t remain viable.”

While the architect can’t always spearhead these efforts, design can create better conditions. “The architect safeguards that effort,” Bunge said.

“We’re putting a lot of design effort into those things so we do have a role in that conversation,” Bunge said. “We’re sort of like a sailboat in a rough sea, knowing that we can’t take the boat out of the water and not address all of those real issues … we just have to chart the best course.”